There’s a post I’ve been trying to write for a few weeks now but I can’t get the wording just right so I keep throwing out the draft and trying again. While it’s not really that big of a deal, it’s a post I DO want to write but I’m all about quality of quantity and if the words aren’t flowing as freely and easily and the approach is off and seems forced, the post won’t happen. It has to come together in it’s own time and clearly, that time isn’t right now. (I’ll get there, I promise Becky! 😉 )

Anyway, I was at an awards ceremony last night for the “Best under 40” in my community and my chiropractor (and boss) was one of the recipients. The staff wanted to nominate him and as the one with “a way with words” (my coworkers words, not mine, lol!) I was nominated to write the nomination so I was pretty excited to hear he was one of the winners. While it was a long night at times, it was also cool to see several young leaders and entrepreneurs in my area who are making a difference in their own right.

A few recipients shared the quote that inspires them everyday and as someone who believes in the power of someone’s words, I love hearing which quotes inspire different people. I have a few (which I’ve shared numerous times), I thought today I’d share a quote from Mark  Twain that I absolutely love…. 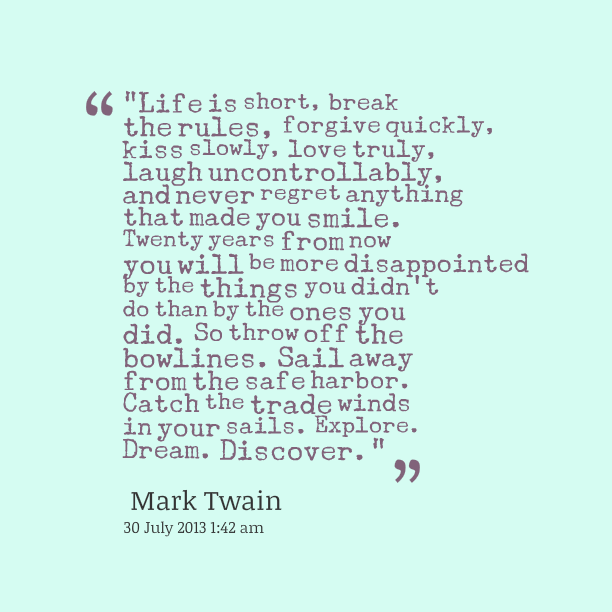 *joining up for Thinking Out Loud*