As we all know, last week I was in Boston wishing I still lived there for work. This was going to be my first time traveling gluten-free but I tried to plan ahead with my airport food + snacks for the week and hoped it wouldn’t be too bad. And for the most part it wasn’t.  Let’s take a look at some of what I ate. 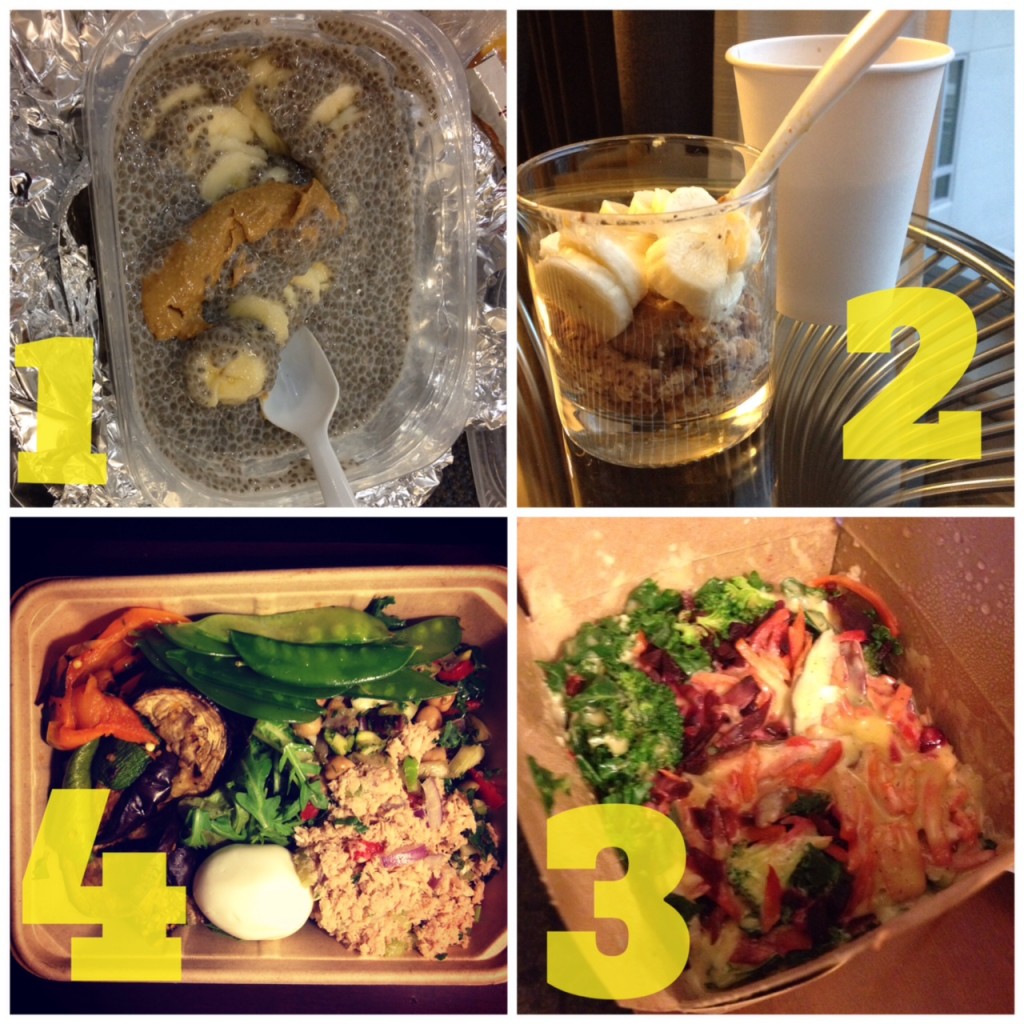 1 – Chia seed pudding that I got through security with peanut butter and banana. Plus a coffee with soymilk from Starbucks.

2 – Breakfast quinoa I found at Whole Foods with peanut butter and banana + coffee in the hotel room. This was CocoMama quinoa cereal. It was pretty good but a little too sweet for my tastes. I would highly recommend they make a plain version that’s unsweetened. I bought a few packets and had this for breakfast each morning while in Boston. 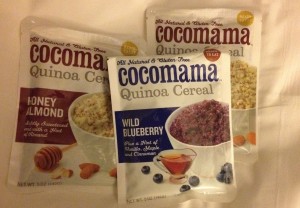 3 – A friend of mine suggested I visit Life Alive Cafe in Cambridge, which happened to be just minutes from my hotel. And SO good! I thought I picked a gluten-free option but as it turned out the sauce on my bowl (The Lover) was not gluten-free. Thankfully it didn’t not hurt me but it did mean I broke my 30-day Gluten-Free Challenge.

4 – My first night in Boston I was exhausted (despite hours of traveling, I worked several hours at the office). I decided instead of scoping out dinner options, after dropping my bags off at my hotel, I walked to Whole Foods and got a giant salad (plus a few items for breakfast the rest of the week). 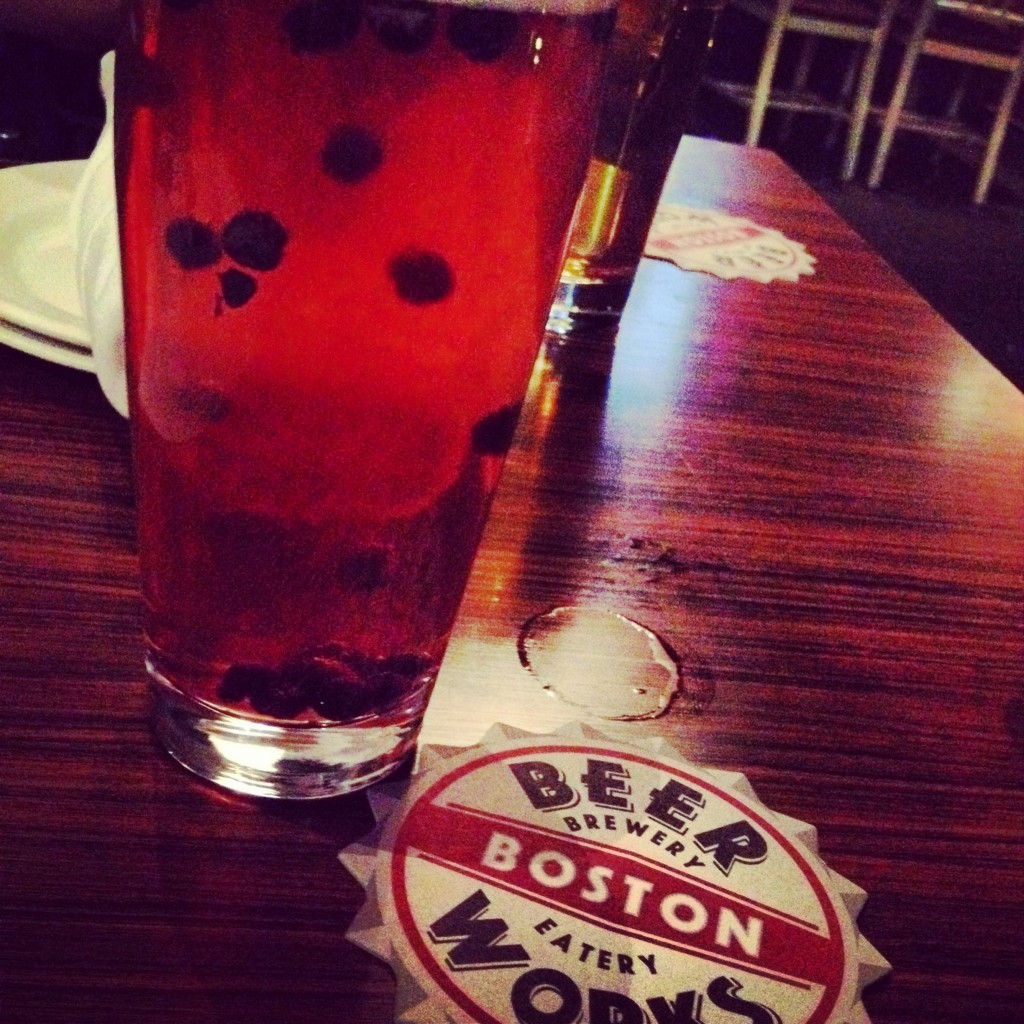 Wednesday night was my last night in the city so my boss took me out to dinner before we saw Blue October at House of Blues. Since I had already broken my challenge, I decided I would enjoy a beer, especially since we were at Boston Beer Works. I went with a 12oz of the Bunker Hill Blueberry and stuck with only one beer. I felt fine that night and the next night. Phew… 😉

I’m not going to go into details on my thoughts after my gluten-free challenge today, but know that it’s coming! 😉

The take-away from today is that it doesn’t have to be hard to eat gluten-free while traveling, let alone eat healthy while traveling. It requires planning and paying attention (the second which I didn’t do as well that one night) but overall, it really wasn’t that bad!

How do you prepare to eat healthy while traveling?

Linking up to Jenn’s WIAW.

2 thoughts on “GF in Boston”