I’ll be honest, you all almost got a Thankful Thursday post today. Why you ask? Because apparently I have no idea what day it is. Or rather, I knew it was Tuesday all day yesterday but forgot that we don’t skip right to Thursday. 😉

Lucky for you, I remembered Wednesday exists and what comes with Wednesdays are What I Ate Wednesday and your chance to take a look into the foods I’m putting into my body.

This past week I was in the city on two separate days for work which was a lot of fun. I love seeing live music, spending time in the city and well, enjoying delicious food.  I mentioned in my Thankful Thursday post last week that I love Native Foods Cafe and knowing I can walk in and order anything off the menu. Unless you’re vegetarian, vegan, or have food allergies, you may not understand the relief of knowing you can go into a restaurant and pretty much take your pick of anything off the menu. It’s amazing.

Because of my love for this restaurant, because of the fact that I ate their twice last week (how could I not?!), and because I might seriously be obsessed with it, I thought we’d take a deeper look at what I’ve enjoyed off the menu thus far. *I should note it’s hard to order something new when I want to enjoy a delicious meal I’ve already had there again but I also want to try something else delicious. It’s such an internal battle!* 😉

The first time I ate there was several weeks ago with a couple friends. I ordered the Indo Noodle Salad which was everything I hoped it would be and more! This was delicious! 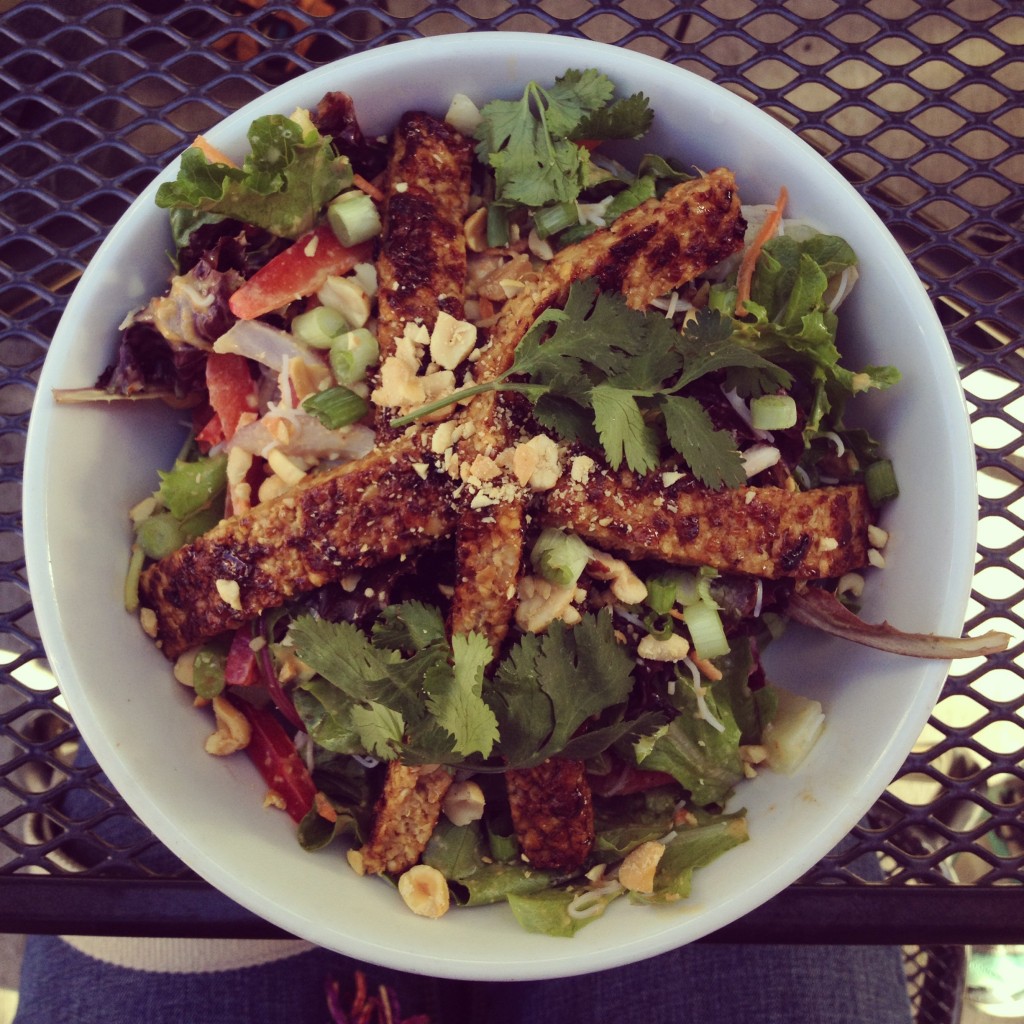 I’ve shared this with you guys before but I’m doing it again because it deserves a second spotlight.

When I was in the city last Tuesday, I ordered the Southwest Chipotle Chop. 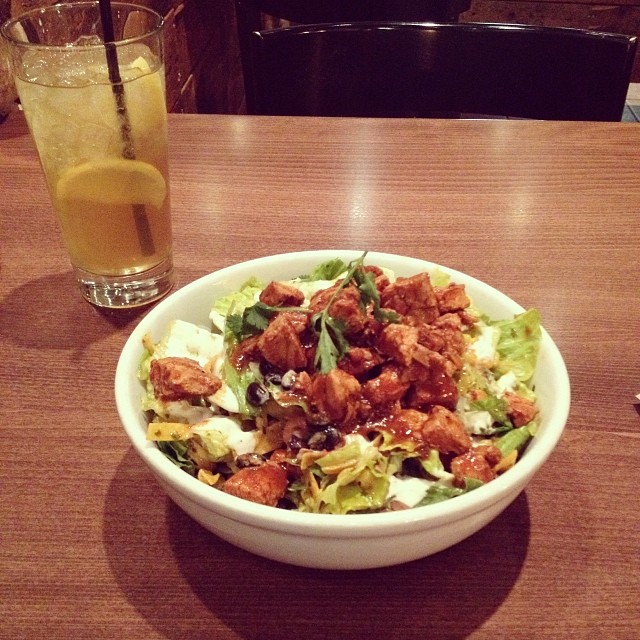 Oh my goodness! This was spicy, as I guess you would imagine with “Chipotle” in the title but I didn’t think it through that much. I don’t handle spicy foods that well so at times I felt like my lips were on fire but regardless of the heat index, this was freaking amazing! AMAZING, I tell you!

I was back in the city most of Saturday for an event with work. I wasn’t originally planning on grabbing any dinner as the networking event I was at was catered but as I should have expected, not for lactose intolerant vegetarians and with a long night ahead, I knew I needed more than the bar I had been carrying around in my bag. So between the networking event and the first act, I made my way down to Native Foods. (Yes, one of these days I need to try another restaurant when I’m in the city, but like I said, obsessed). 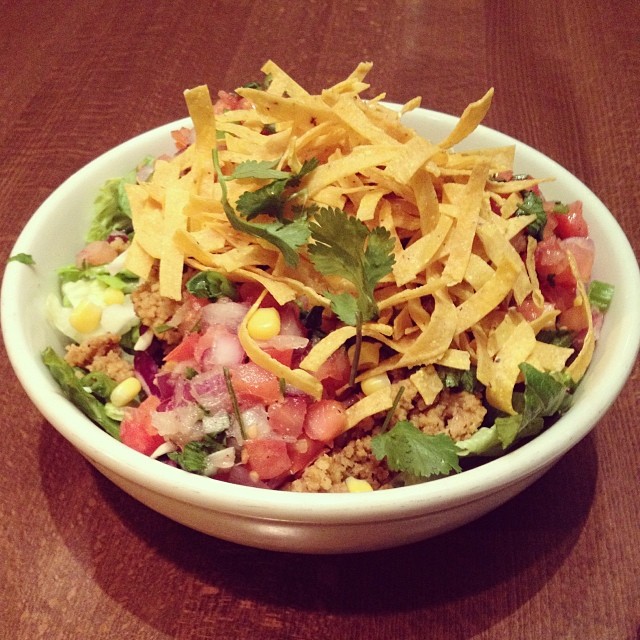 I originally ordered an appetizer that sounded delicious and since I was dining alone would be enough for just me. Turns out that were all out (bummer!) so I ordered the Yo Amigo Taco Salad.  Not what I was originally hoping for but a delicious replacement none-the-less. And probably even better if I had ordered it with the avocado.

While I can’t wait to try something else off their menu, it’s probably a good thing I don’t live closer or my wallet (and waistline) would probably not be in a very good place. But for now, I enjoy the moments I can visit and enjoy a new, delicious and vegan meal.

(Please note: I was in no way sponsored for this post by Native Foods. In fact, they probably have no idea who I am or that I wrote this post. All opinions are my own because I freaking love it!)

(All salad descriptions are taken from the Native Foods Website.)

What delicious eats have you had this week?

Any new to you restaurant you’re obsessed with?