Some of you may know this, but others may not. I used to work with today’s Music Monday band for a few years. We don’t need to go into the details or anything, I share this mostly as an anecdote and history behind a few of my opinions on the new album… 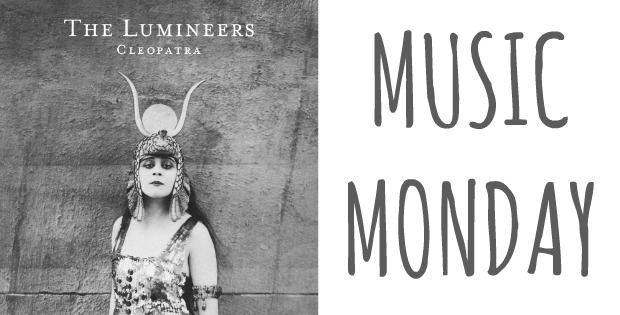 I’ve heard the band play the same songs since 2009 (some 2010 and some 2011, but you catch my drift). The songs from their original album weren’t new, just newly recorded, so I was interested to hear what would come, what songs would be on this new album.

First out was “Ophelia” and it was catchy…I don’t get the video, but the song is in line with the band you’ve come to know.

Then I heard “Angela”…the lyrics are deeper but it’s filled with “ho!” reminding you of the classic “Hey Ho!”

And then there’s “Cleopatra,” the title track from the album and I found myself pulled into these lyrics…

It felt like a bit of the band that I knew many years ago. A review I read last week called the album “dark” and sure, it is darker than what many may know, but maybe because I knew the guys behind it, I knew many of the stories that played into some of the songs, I knew the emotions that were being dealt with for years that I’m not surprised and I still hear the same band and sounds that I knew then.

But I should tell you this isn’t an album full of new songs. On the contrary, there are many I’ve known for 7 years now, like “Gun Song” which I first heard while standing in a bar in New York City when I heard the band for the very first time. Or “Sleep on The Floor” which was a favorite back in my LA days when they first wrote it. I was interested to hear how these songs sound now and this is where I must be honest and say they aren’t the same. They were missing a bit of the energy and climactic moment I remember both having, especially “Sleep On The Floor.” It’s not to say they’re bad because they aren’t, but they’re different.

The deluxe version has a few other songs from back in the day, like “White Lie” and “Everyone Requires a Plan.”

Overall? I think it’s worth a listen or two, or three, but know it’s another side of The Lumineers than you may be used to.