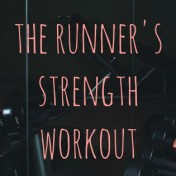 I am officially 3 weeks into my 25k training plan and it’s been going really well. It hasn’t been easy by any means, but it’s felt really good to get back into running longer distances consistently once again. When it comes to training for longer distances, it requires a balance in your workouts between running, strength work and mobility. Thankfully… Read more » 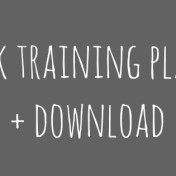 I hinted yesterday about a new fitness goal and I’m really excited to share with you all what that is… You may have figured it out from the title of this post, but I’m going to be training for a 25k! The Grand Rapids River Run 25k race is in May and one of my coworkers has been talking about… Read more »

Now that the weather has warmed up, I’ve been enjoying running outside as much as I possibly can. In fact, my new thing is to drive about 5 minutes from my house and run along the trails. It’s nice to have a path where you don’t really need to worry about cars except in a few select locations…but that doesn’t… Read more »

We have two choices in life – constantly strive to be better than we were the day before OR be content with life as it is and just let it pass us by.   I’m working towards the first. Always striving to be a better version of myself, better person than I was the day before, better friend, sister, daughter,… Read more »

…Santa’s gotta make it to town! After running the Color Run, I talked about the importance of play time. Because truly, I couldn’t believe how much fun I was having, I felt like a little kid just having fun playing. But I can’t tell you that I’ve had more than a few moments since when I really set aside that… Read more »

{pitter, patter} There was a moment about 3 miles in…I know this because it was after I had already split ways from Alex, my phone was between songs but it wasn’t silent…Instead my ears were filled with the sound of runners feet, almost like the sound of rain pouring down.  I have to be honest, I was nearly brought to… Read more »

Another week has come and gone and it’s just been crazy!  I feel like life is a whirlwind right now, but honestly in the greatest way I could ever imagine.  There will probably be an announcement next week, but you’ll just have to wait and see. 😉  For now, it’s Friday which means it’s Fitness Friday and I’m ready to… Read more »