I’m bringing back an oldie but a goodie today. A couple years ago I created this recipe for a company that I was writing for…since I was never paid for it and no longer write for them (I don’t even know if they’re still around?), I decided it’s okay for me to share it….it is MY recipe after all, right?… Read more »

Do you know what I realized? It’s been way too long since I’ve shared a recipe, created a new recipe, or spent more than 10 minutes in the kitchen prepping my meals.  Part of that is because I’m a creature of habit, part because I’m a single gal cooking for one, and part because I’ve been working so many later… Read more »

It felt so good to have yesterday off but it was hard to be super productive because I was so tired from the 7 days in a row of working.  Thank goodness for lots of coffee, water and maybe a bit of sugar thrown into the mix. 😉 Speaking of what I ate, it is Wednesday which means it’s time… Read more » 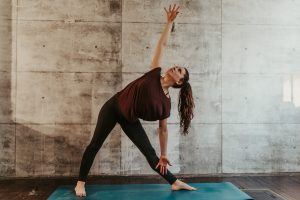