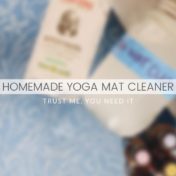 I was in a child’s pose the other week during a yoga class when WHEW-EEE! There was a stank and I knew exactly where it was coming from. It wasn’t me, it wasn’t my neighbor, it was my mat. Gross. At that moment, I knew as soon as class was over, I needed to roll my mat up just so… Read more » 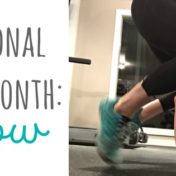 I have been working on today’s pose for quite some time. And as with all things, if I am not consistently working on it in my practice, I lose it quicker than it took to build the base. What pose am I referring to? Crow. I think crow may be one of the first arm balances introduced in many yoga… Read more » 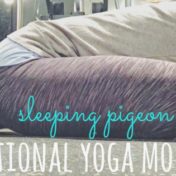 As a runner, it is not uncommon that my hips, glutes, and IT bands are always tight. Maybe not always always, but it often feels that way. With that said, one of my favorite love-to-hate poses that we do in yoga is half (or sleeping) pigeon. For half pigeon, your legs basically look like they are in a #7 with… Read more » 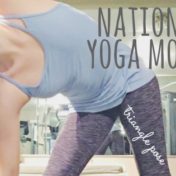 I feel like I need to start by telling you all that today’s pose is hands down one of my favorite poses in yoga! I’m sure I’ve told this story before but back when I was living in LA and first got really into yoga, I joined a studio just down the street from where I was working. I got… Read more » 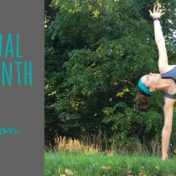 For years, I admittedly referred to myself as a klutz. Balance felt like one of those things you were either born with or without, and I fell into the latter group. I could walk down the street and trip with no sign of anything worth tripping over. Then, I started really working to improve my fitness and along with that… Read more » 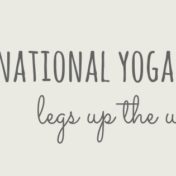 Today’s pose has always been one of my favorites, yet it is one of those poses I don’t think to do very often, at least not outside of the studio. But I should. In fact we all should. What pose am I talking about? Legs up the wall. Legs up the wall is just as it sounds. Lying on your… Read more » 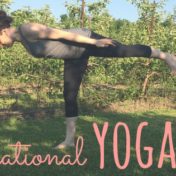 Did you today is International Yoga Day? I mentioned yesterday that I spent my Friday night in the orchard doing yoga under 90* heat, followed by a hard cider and chat with a friend. While it was fun, it also showed part of what yoga is all about…community. Yoga is about taking a step away from life and to your… Read more »