I have a story for you…

I was standing at work one day last week (as this has happened a couple times over the last couple of weeks) when a song came on.  It was fairly new to my ears but the moment I heard it, I assumed it was Bon Iver…new Bon Iver at that which just made me so excited.

But last week was different, I felt like I was missing something and I needed the confirmation that it was Bon Iver so I ran back to the screen that shows what’s playing.  What does it say? 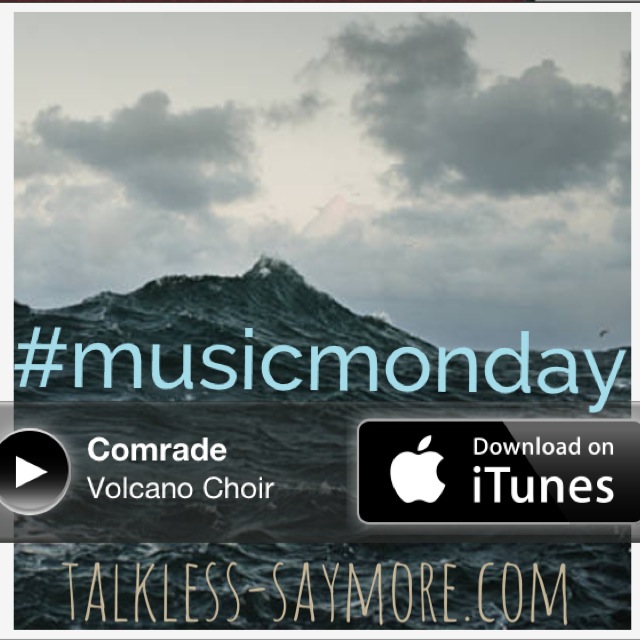 …what?!  I came back up front all confused.  I turned to one of my coworkers and called her out to her the song.  I asked if she thought it sounded like Bon Iver, she replied “yes.” I asked if she heard of Volcano Choir to which she replied “no.”  My mind was blown that someone and something could sound so close to a band that I felt like I knew so well.

Well I was right on track but missing one significant piece of information.  Justin Vernon (aka the voice behind Bon Iver) started a side project, also known as Volcano Choir.  My ears did not deceive me, but there is a moral to every story – so, what’s mine?

I don’t know everything, but what I do know is this song is worth every minute.

Tell me a story!

What are you listening to this weekend?