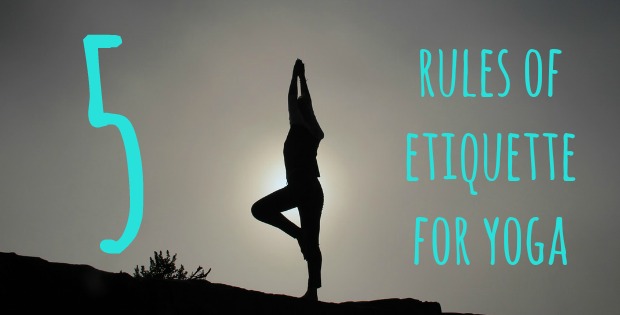 A couple weeks ago I went to a class at my yoga studio and there was a girl who appeared new. Throughout class she would stop, stand or sit right on her mat, seeming unsure what to do or like she was really struggling. I felt bad, this was a tough and full class, with not as much time to help out newer students despite modifications being thrown out.

While I’m on my mat, it’s just me, my body and the space so 90% of the time I’m not paying attention or noticing what is happening on the mats around me. I remember being distracted by this girl and wishing I could call out “just go into child’s pose and wait until you’re ready!”

Fast forward to Sunday, I planned to go to the 8am heat class but I woke up feeling like someone stabbed my head with the sharpest knife in the drawer so I used everything I had to pull myself out of bed, grabbed some ibuprofen and crawled back in for another hour or so of sleep. I woke up feeling well enough to make it to the 9:45 sweet heat so after breakfast and a little coffee I made my way to the studio.

There were clearly some newer students in the room, which was fine (I could tell because of the placement of their mats) so I found a spot, rolled out my mat, and laid back to breathe for a bit before class began. There was a little chatter but nothing overly loud or obnoxious. Class started, everyone quieted down and we began.

A minute or two in, someone walks into the room and sets up her mat next to mine. I’m trying not to be distracted and just keep breathing. She seems to be having trouble settling in but eventually does. As we begin to move and my eyes open to flow, I realize it’s the same girl from a couple weeks ago. My initial thought was “good, she wasn’t scared away by that first class!”

Well, things weren’t much different. I don’t say this to be mean, I assure you. I say all of this as a lesson and reminder for the rest of us.

We were all new once and while it’s about us on our mats and not anyone else around us, it’s important to be respectful of others and their practice, whether you’re a new or seasoned yogi, so today I share a few of my top etiquette rules of yoga that everyone should know and keep in mind from class to class. 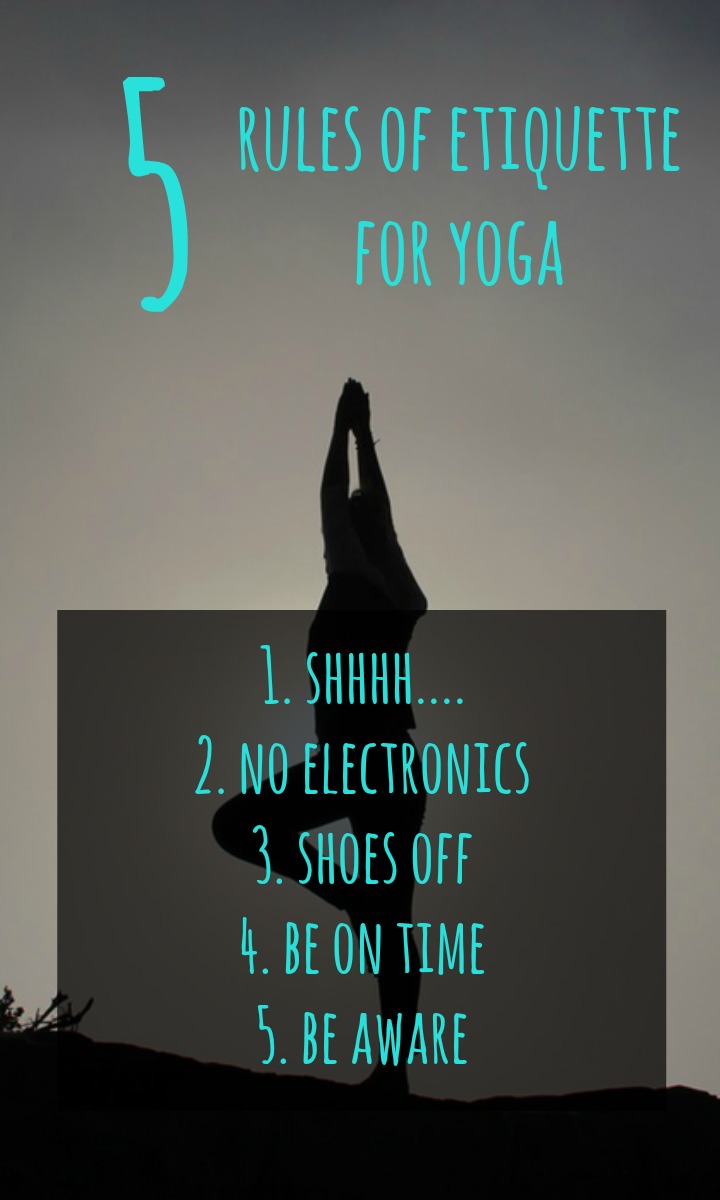 Before, during and after. Depending on the studio, they may ask for complete silence or they may allow a little chatter, but keep it fairly short and strictly to a whisper. People come early to start relaxing and they shouldn’t have to hear about your crazy night out. During class you should be quiet with the only person talking being the teacher. Find your space and be quiet, respecting others in the middle of their practice.

I don’t care if you leave it in your shoe in the hallway, a locker or in your car, but it doesn’t need to come into the room with you.

I think this is a fairly well known rule but worth mentioning for any new yogis. Shoes stay off in the studio. Don’t worry, if you’re at a good studio, they’re cleaning the floors regularly.

My studio won’t let anyone in after 5 minutes, but that doesn’t mean you should feel like it’s okay to be 1-4 minutes late. Be early, get set up and find your space. You’ll appreciate it for yourself and your fellow yogis will appreciate it too!

Be aware of how your behavior may distract those around you, whether it be by the things that you do, say, or even smells (lay off the perfume before class!). While instructors will guide you through your flow, they’ll also tell you when it’s a good time to try a more advanced pose if it’s in your practice. And if it is, take it, but be careful to just break away from the rest of the group, it becomes distracting and (IMO) it’s also disrespectful to the teacher.

Are you a yogi? Am I missing any rules of etiquette?

34 thoughts on “5 Rules of Etiquette For Yoga”