I have really good intuition.  I wish I could say this was a good thing but it’s actually rather scary.  It makes some things difficult because I can’t tell if I’m just being paranoid.  Generally, I’m not.  Take last week’s “bad feeling that I just couldn’t shake” for example.  I felt like I knew what it was but I was afraid I was just being paranoid and tried very hard to calm myself down.  I didn’t want it be that.  But the negative feelings that had been swarming around my head and the feelings I had as to what I thought was coming,  were there for a reason and yesterday they were confirmed.
Honestly, I struggle wanting to even talk about this right now.  I know my mind is still trying to figure out how to react to all of it and figure out how to push forward.  It’s very easy for me to start questioning everything and determining my new place in everything.  I’m sure it’s me over reacting but it’s very easy to allow the emotions to take over.  And that’s not healthy so I refuse to go into too much detail as to my thoughts and feelings right now.  It’s also extremely ironic this occurred the same day as yesterday’s announcement.
For anyone out there concerned, I’m fine and I will be fine.  It just hurts right now and I need to find the best way to distract myself and move forward with a new plan.  But before any new plan can be created, I need a little time.  Right now my brain is coming up with numerous plans, none of which are coming about in a clear mind set, but rather out of anger and emotion.
It’s raining in LA today.  Rather, it’s pouring.  It doesn’t do this much here.  I love rain, so I don’t mind and it feels rather fitting for my mood.  Kind of like the sky is crying for me, so I don’t have to.  It’s also the LA Marathon today, so I hope the runners are staying safe and warm but meanwhile, I’m not leaving my neighborhood today (except maybe to meet a friend for some yogurtland).
My week will consist of catching up on sleep, relaxing and finding new ways to spend my newly created time and energy until I feel ready to push forward with my future and create a new plan.  I think I will also finally use that Groupon for a massage I bought a couple months ago.  I think I need it.  And I’d say, I deserve it. 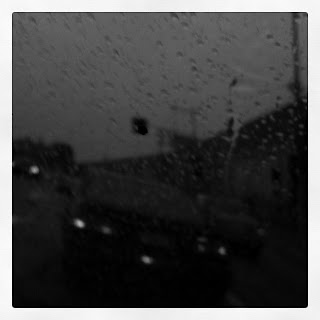