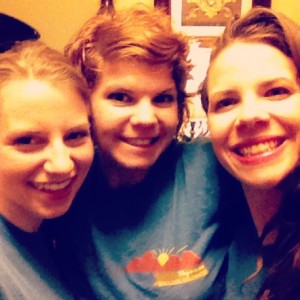 Amanda, Calee and I at Blend this past May

Hi. I’m Katie’s friend Calee, filling in for Katie for one of my favorite features of hers: Music Monday. I do a similar feature on my blog called Sweet Tunes Thursday. Unlike Katie, I don’t have a background in the music business. I will, however, start rocking the airwaves of our local radio station with a 7 AM (CST) Wednesday morning show next week. Otherwise, I’m just a passionate fan and purveyor of awesome music. 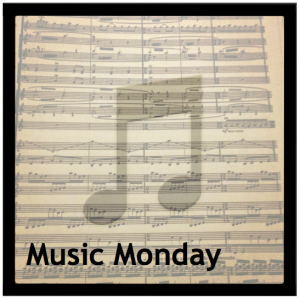 Typically, Katie’s and my music posts highlight an artist that we’re currently digging. I’ve been seriously loving this artist for a few months now, and I regret to inform you that the artist I’m sharing with you today died yesterday. However, in his 50-year rock-n-roll career, Lou Reed produced a catalog of music with a surface I can’t even begin to scratch in this post. Sadly, I only recently discovered Mr. Reed. But, I have been since listening to The Velvet Underground and most of Lou Reed’s solo catalog. I discovered Lou Reed through my dad’s friend who gave me 1972’s Transformer, Reed’s first solo release. He was giving me a bunch of albums that he thought I needed to have, and gave an explanation for all of them. He handed me Transformer and said something along the lines of, “This one needs no explanation. It’s required listening. You have to have this.” I was in love with Lou after one spin.

I did some wikipedia research and found out that Lou Reed and David Bowie collaborated, specifically on Transformer, and realized quickly that Lou’s music was the beginnings of several of my favorite genres. This quote from yesterday’s Rolling Stone article on Reed’s death sums it up quite nicely:

Glam, punk and alternative rock are all unthinkable without his revelatory example. “One chord is fine,” he once said, alluding to his bare-bones guitar style. “Two chords are pushing it. Three chords and you’re into jazz.” Read more from Rolling Stone’s article on Lou Reed’s death.

Here are a few of my favorite Lou Reed songs. Hopefully you’ll recognize some of them as they’re pretty widely known. I felt like I’d been living under a rock the day I discovered Lou Reed. It’s always sad when a prolific and influential musician dies, but fortunately for the rest of us, the music lives on forever.

“Sweet Jane” is one of my favorite songs of all time. I actually hadn’t heard this version before yesterday. This is from The Velvet Underground’s 1970 release, Loaded

What album or artist would you consider “required listening”?