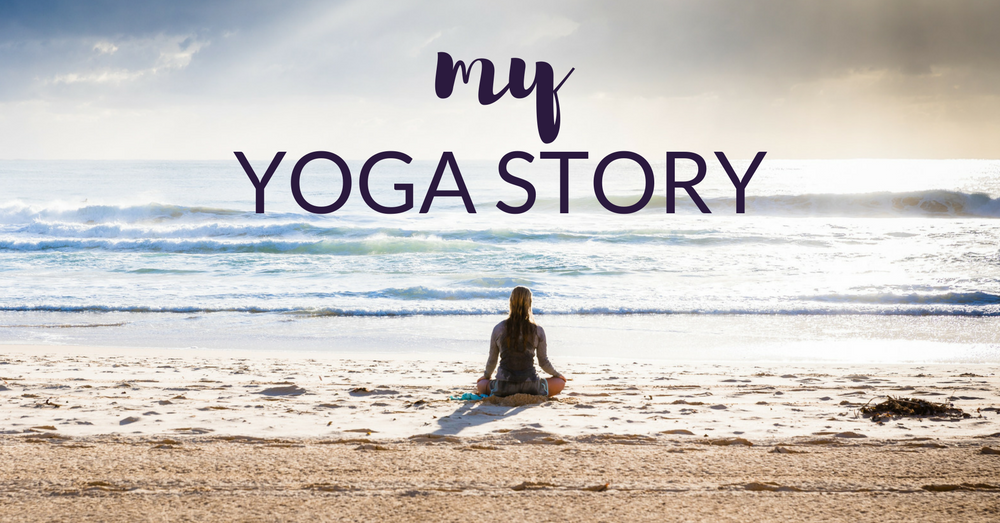 Thank you all for your love and support on Monday’s post. It’s definitely been a whirlwind of emotions but I can honestly say that I’ve been taking it really well and can see the positive coming from all of it. Now, let’s lift things up a bit as I thought it would be fun to talk more about my yoga story and how I got started in this practice that has truly changed my life.

I still remember my first yoga class but it’s been nearly ten years since I stepped into that studio in Los Angeles with one of my very good friends, Justine. I had been practicing at home for a few months using audio downloads and PDF pose guides I found online. Justine had convinced me to try yoga as a way to help my stress and anxiety. I was too afraid to go to a studio all by myself so I practiced at home for months, often falling asleep on my dining room floor during savasana. While it wasn’t always ideal waking up hours later still on the floor, I felt like this had to be a good sign.

I had recently moved from New York to Los Angeles in an attempt to build my connections and career in the music industry and Justine suggested we go to a class together at a studio near my new apartment. The instructor, Joe, was a fellow alum from our alma mater who worked at a record label during the day but taught yoga for the love of it at night. I had met him a few months earlier and when Justine and I showed up, he gave us a friendly wave and we rolled out our mats waiting for class to begin.

While the details of that class are blurry, I remember feeling very comfortable and at ease. After class, we spent a few minutes talking to Joe and he couldn’t believe this was my first yoga class. I loved practicing yoga in that studio, but even after that class, the majority of my practice remained at home until I found another studio and an instructor in Los Angeles that really made yoga click for me.

Fast forward several years and my yoga practice is something that’s been on-again and off-again. When I moved to Michigan two and a half years ago, I decided it was time to get back into the practice that I loved. I started researching yoga studios and decided I would try all of them before choosing the one I wanted to join. The first studio I tried was Twisted Hot Yoga and I never found the need to look elsewhere. While I have taken classes at other studios with friends, Twisted immediately felt like my yoga home. I connected with the instructors, the community and back with the practice itself.

Committing myself back to yoga and finding that community and connection at Twisted, inspired me to join their yoga teacher training program in hopes of sharing my love for this practice with others. I didn’t realize at the time but Joe showed me there’s a way to balance a full-time career you love while still getting to share the passion of yoga on the side. I’m so excited to see where this next chapter leads.

Do you practice yoga? How did you get started?