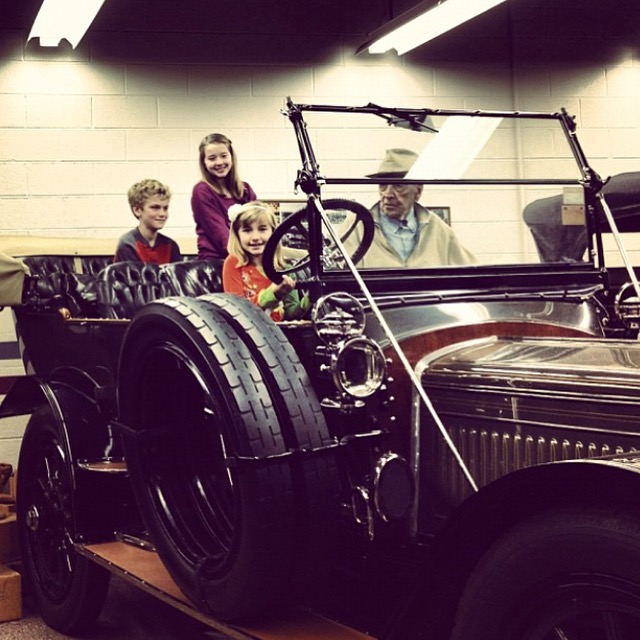 The 4th of July parade in my hometown has gone past my great uncle Kenny’s house for as long as I can remember. Actually, before I can remember as I heard stories and saw old pictures and movies from when my mom was a kid of the same. We would watch the parade, have a picnic in the backyard and then Uncle Kenny would disappear off to his shop and next time you saw him, he’d have one of his old time cars in the driveway.

All of the kids would pile into the back of the car, parents would take photos, and off we would go. He’d drive us around town, loving every moment. I remember almost feeling famous as we’d make our way around in this really cool old car.

Uncle Kenny had a shop full of old cars he’d spent years fixing up and taking them on different trips. A few years ago, we all met at his shop for one final viewing before the cars went off to auction. We watched as Uncle Kenny told stories of the different cars, stories we hadn’t heard him tell in years and for some time we weren’t sure how well he remembered anymore. It was amazing to witness this moment and it brought tears and smiles to everyone. 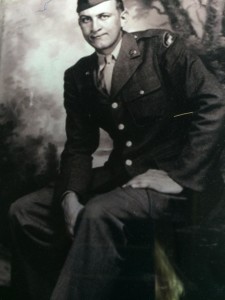 One of my very favorite pictures of my grandfather.

Both WWII vets, Uncle Kenny is also known and credited for saving my grandpa’s life; something that my family could never thank him enough. 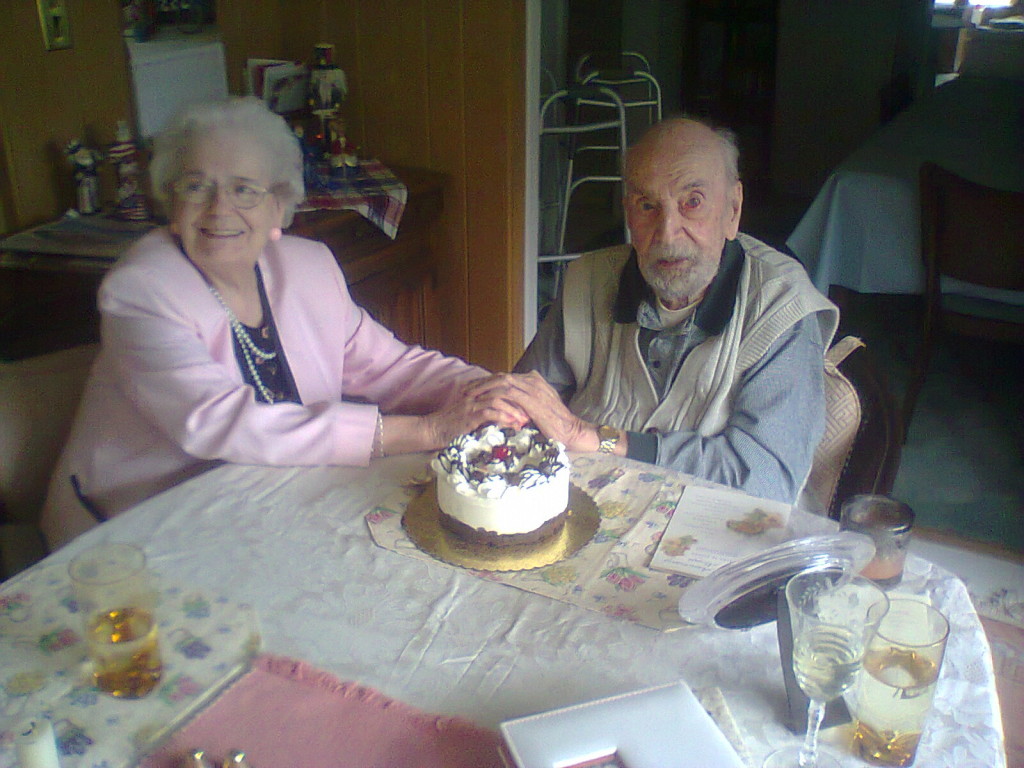 Papa passed away about 20 years ago, Aunt Louise about 19 years ago and as both Uncle Kenny and Grandma mourned together, another love story was created – theirs. Next thing I knew, I was explaining to people the story of my Grandma marrying her husband’s brother. This cute little love story that would lead to an 18 year marriage and 18 years of loving and living life. We have always said they kept each other young and living, through the many amazing and also challenging times that would come.

He would call my grandma his “bride” and while he stayed pretty with it, he trusted her, even in her times of great confusion. Even sleeping on the couch one night because my grandma locked him out of the bedroom, unsure of why he was trying to sleep in her bed.

“We have it good in this country,” he would over and over. Sometimes in English, sometimes in Swedish. I don’t know how much Swedish he remembered as the years went on but even the last time I saw him he said that over and over again. You couldn’t help but smile every time he said it. 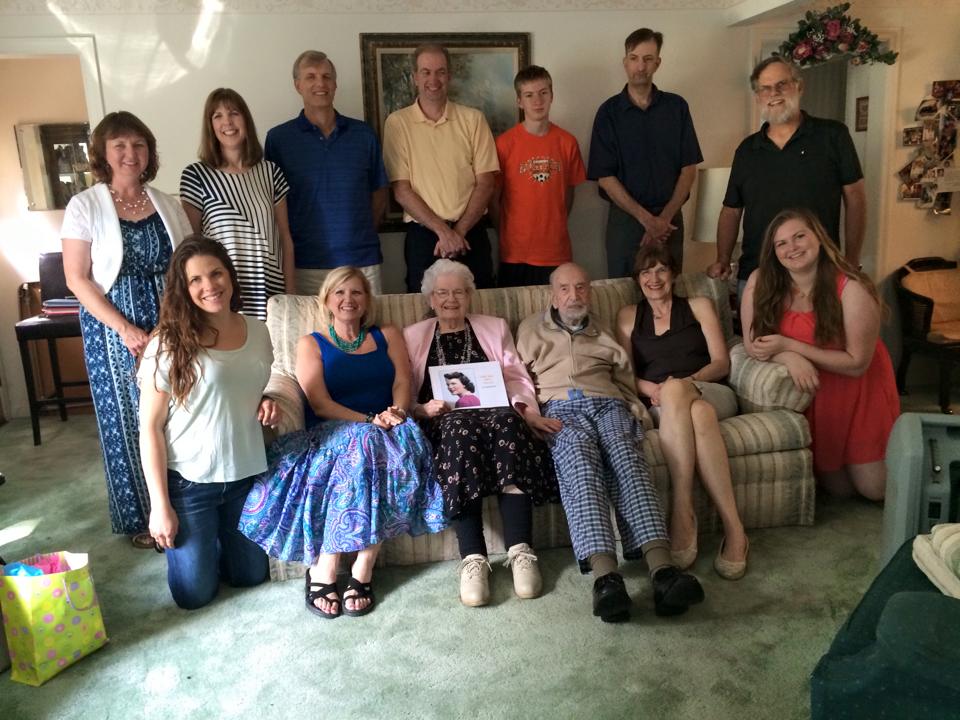 While I’ve been on the road for the last 9 ½ months, I got to see both Uncle Kenny and my grandma a few weeks ago. The family gathered at their house to celebrate my grandma’s 90th birthday, waiting an extra week for me to be in town and join the celebration. When I went to leave, they were sitting on the couch next to each other still after the big family picture we had taken a little while earlier.

I first sat down next to my grandma, gave her a hug and told her happy birthday and that I would see her soon. Then I got up, sat next to Uncle Kenny and gave him a little hug. He looked at me and said “I didn’t think I was going to get a hug too!” It was sweet and I’m so happy I sat down next to him in that moment.

Obviously we know all of our time on this Earth is limited, but it doesn’t mean we’re ever quite ready to say goodbye. This morning we had to as he joined my papa, Aunt Louise (his first wife), his sister Agnes, daughter Karla, parents and many others. We remember so many years of wonderful memories and while he is already greatly missed, today we choose to celebrate his 97 years of life. 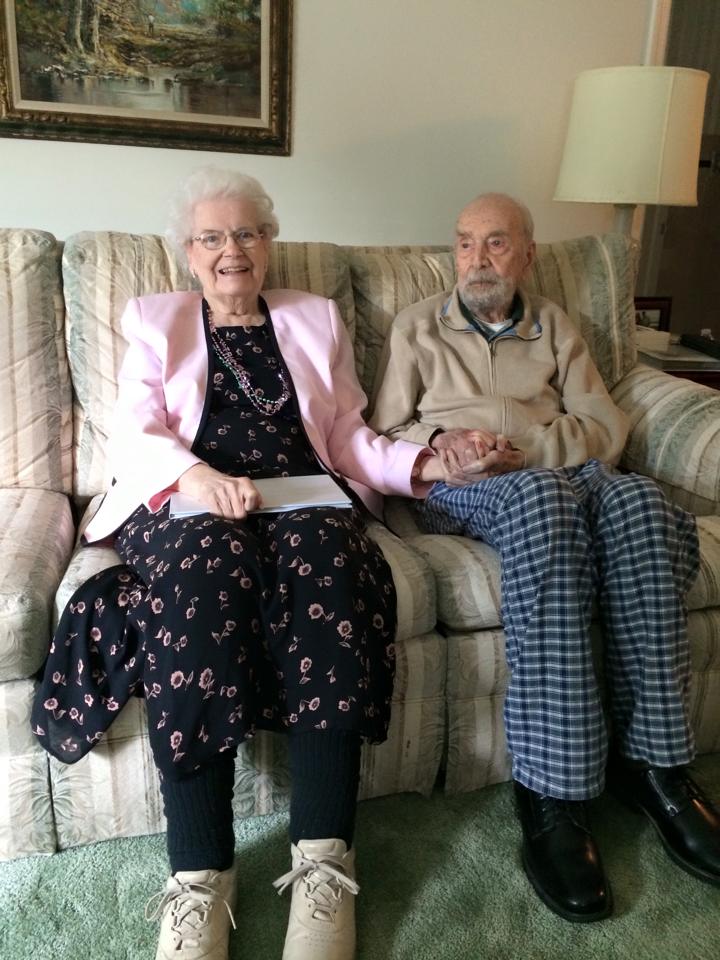