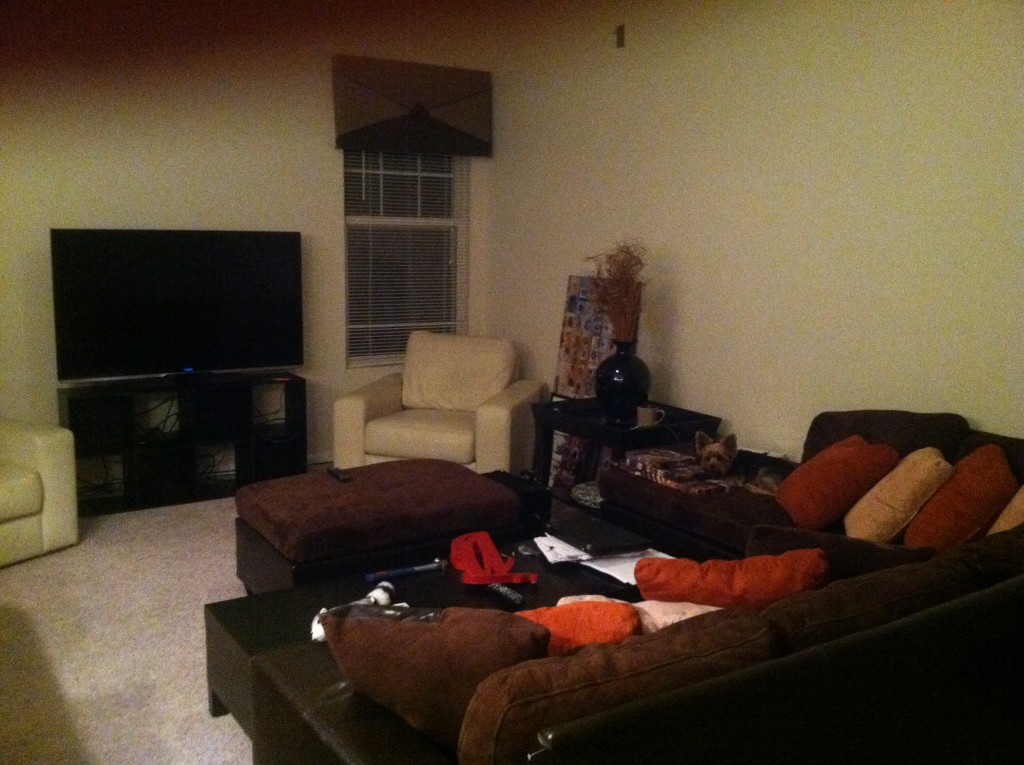 Not sure if you can tell, but Toby (the dog) is in the photo

-My roommates dog came in my room the other day while I was working.  I gave him a quick hello and pat on the head and got back to work.  …that was until he decided to release an awful stench into my room.  Not knowing when my roommate would be home and worrying he “had to go” I put on his leash and took him outside real quick…he peed and that was it.  A little while later, he came back in room and did the same thing…not falling for it so I kept doing my thing. That was until he hopped on my bed and wanted to sit on my pillows…and that was all it took to get the cute little guy kicked out of my room.  He’s a sweety but if he had to go, he had his opportunity and now there’s to be no tuting on the place I rest my head at night…thank you very much!

-I always feel like if I don’t hit “publish” or schedule a post to publish by the wee-early hours of the morning, then a post shouldn’t happen that day.  Who cares what time I hit publish? If I have something to say, I should just say it….right?!

Confession: This is a recycled photo

-With that said, I should let you know I’m writing today’s post in my pajamas while eating breakfast and drinking a giant mug of coffee.  It’s kinda nice and after I hit publish and digest a bit, I’ll head to the gym.  Because who says that ALWAYS needs to be the first thing I do in a day? 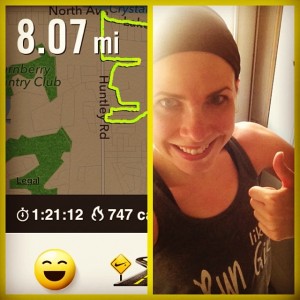 Confession: This one is too 😉

-This was the first Sunday in a LONG time that I haven’t woken up at the butt-crack of dawn to get in my long run.  I’m not sure if it was kind of nice or if I missed it…

-The roommate and I went out for a drink last night.  It was nice to get out, feel like we were making more of an effort to be social but ultimately, I think we were both still in bed by 11pm.  #partyanimals 😉 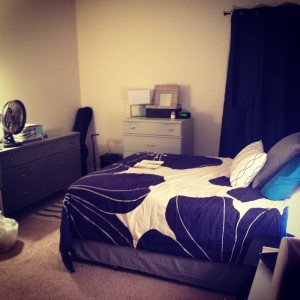 But seriously, who can resist climbing into a bed that comfy in a room that cute?

-I’m going to have to work on that whole staying up later thing with my new job…I think once I start having a reason to stay up later and do it more often, I’ll be okay because the ability for me to wake up at 6am on my own, won’t happen quite so often.

-And finally, I should mention if you don’t enter the giveaway for a chance to be #poweredbybits, zombies may come visit you! …or if you come trick or treating at my house, I’ll hand you dates instead of candy. 😉

What do you confess today?