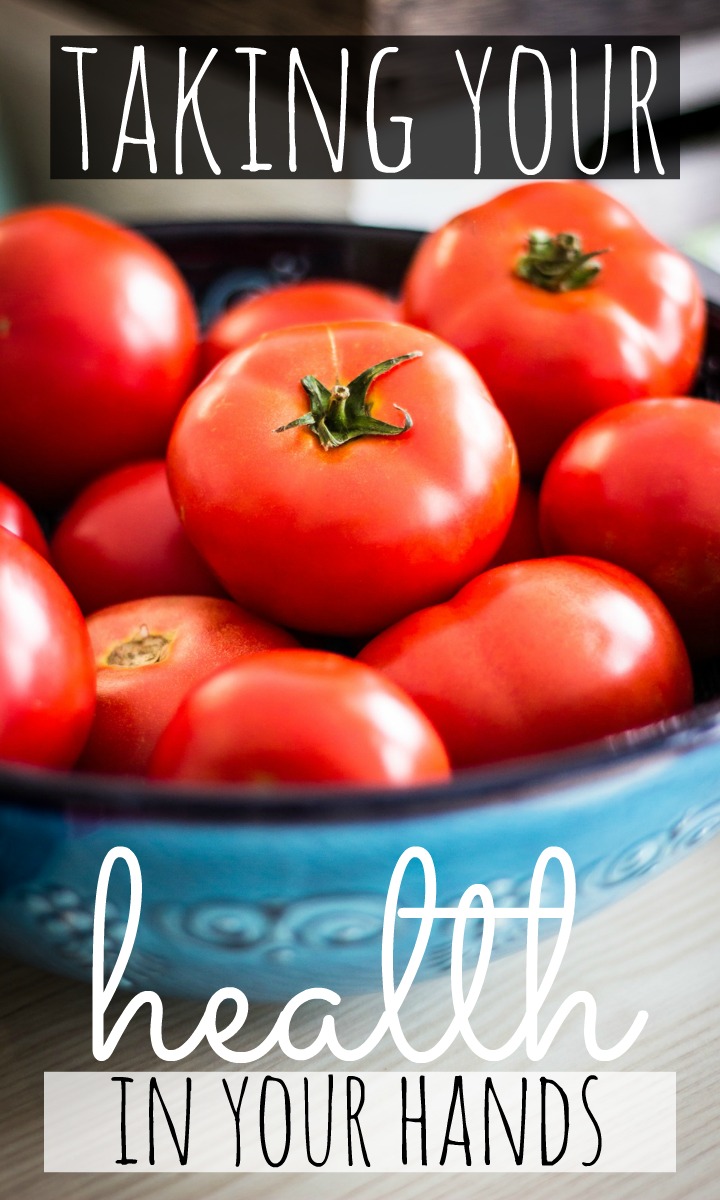 Guys, I’ve never been one for modern medicine. There’s absolutely a time and a place but my frustrations with their practices has come back around and I tell you this, I’m taking my health back in my hands!

For the last several months, things have been off. I don’t really know how to describe it any more than that necessarily but it felt like my symptom list just keep growing, so when my insurance kicked in at the start of the year, I scheduled an appointment and was finally able to get in. By this point, I’d done enough research to walk in and ask for specific tests (while also being open to any other ideas), but I was 90% sure I had hypothyroidism. Look a list of symptoms and I check off every.single.one (or at least 99%).

Well, my blood work came back and I was told that I don’t have it but may be developing it. Come back later.

WHERE IS THE PREVENTION?

WHY ARE WE LIVING IN A REACTIVE WORLD?

IF I AM DEVELOPING IT, THEN DO SOMETHING TO TRY AND STOP IT!

So I started continuing my research, listened to a lot of advice, some good, some bad, most out of my price range (which is anything, let’s get real). But this is my health and I’m not willing to sit around and feel STUCK. I did that for about a week and cried a lot over it and then decided “NO MORE!” So I made a decision, based on research, suggestions, and friends who have gone through similar things and now feel amazing.

Then it became a matter of WHEN do I start. After my birthday? After my weekend to see family and friends in Illinois in late April? I could easily push back the date over and over, until I said “STOP. NO MORE!” And decided I start immediately. Or as immediate as I could.

I logged on to Amazon, found the supplements I needed and ordered them, got the book by Jeffrey McCombs D.C. with the plan, and picked up the final supplements I needed when I went into my part-time job later that afternoon (it was a Saturday). I made a meal plan based on the allotted foods and went to the grocery store. By Sunday afternoon, the supplements were on my doorstep, food was prepped and by Monday, I was starting the plan.

So what am I doing?

You can read more about it here, if you’re interested, but long version made short – it’s a strict diet, supplement (and sweat) plan meant to help restore and repair the GOOD bacteria in your gut and get you feeling well again.

No, I did not get tested for candida. No, I am not worried about that. I’m not taking anything crazy that I feel I need to be worried about putting into my body. I’ll be seeing my doctors again in June and if things progress, we celebrate; if they don’t, then I can reevaluate with them, but I’m not willing to just let 3 more months go by and not feel like myself. I’m not willing to wake up in the morning and worry that I won’t be able to get out of bed because my body is mysteriously in pain for some unknown reason. I’m not willing to feel like the only way I can get through the day is by having an IV of coffee because despite a full night’s sleep, I can’t make it to 10:30 before I feel like I need a nap.

My health is worth more than that.

And that 25k? It’s on the back burner. For now. Maybe I’ll run the 5k or 10k, but the 25k is off the table right now. I wasn’t able to recover properly and that’s a sign something is wrong. Hello? I’m usually the girl who wonders WHEN she’ll actually feel SORE from a workout.

So there you have it. That’s my plan. More than my plan, that’s my ACTION and I’m feeling GREAT about my decision. I’m taking my health in my hands and that’s something I’m extremely proud of.

When have you had to take your health in your hands?

15 thoughts on “Taking Your Health In Your Hands”