I’ll be honest with you, I was petrified of 15.5. I saw the WOD and knew it would be hard but what got to me most was the blow up of social media. Hearing everyone talk about how brutal it was, how they had no intent to move for days after and seeing crazy meme after meme fill Instagram.

Repost: "Thanks Dave Castro. This one felt great. #crossfitgames"

I told Sam several times “I’m not sure if I can do this today. I’m scared!”

We were at a 50 States In A Year event at CrossFit Extraordinaire and that was the WOD scheduled for the day. Many of their athletes were doing a modified version of it at their fitness level. If they weren’t signed up for the open, it didn’t matter what weight they chose for the thrusters. 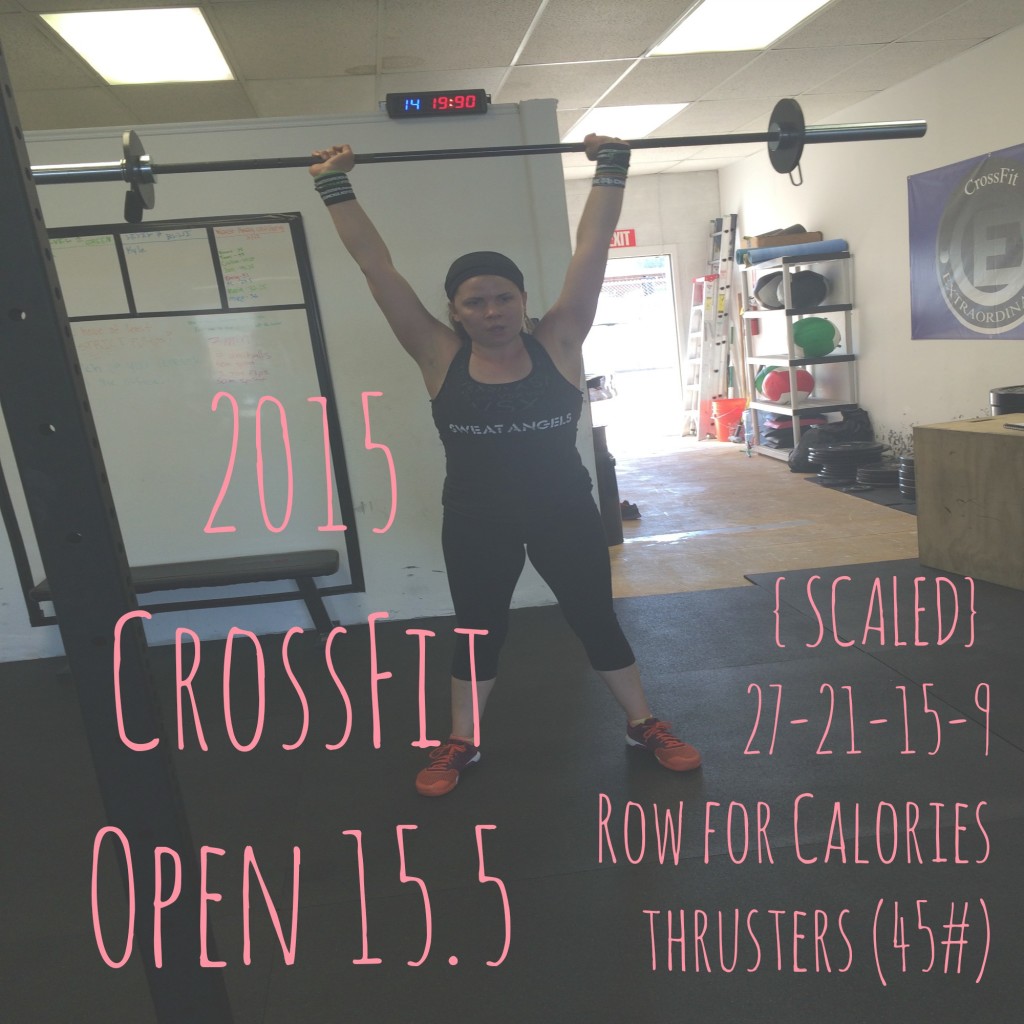 For me it did and I knew that while 45# thrusters aren’t crazy heavy for me, they would get there quickly.

I spent the afternoon talking myself out of it. Telling myself I could do it another day or it wouldn’t be the end of the world if I didn’t do it at all. I fought myself over the guilt I would feel not helping my box back home and letting down my team on our in-box competition. 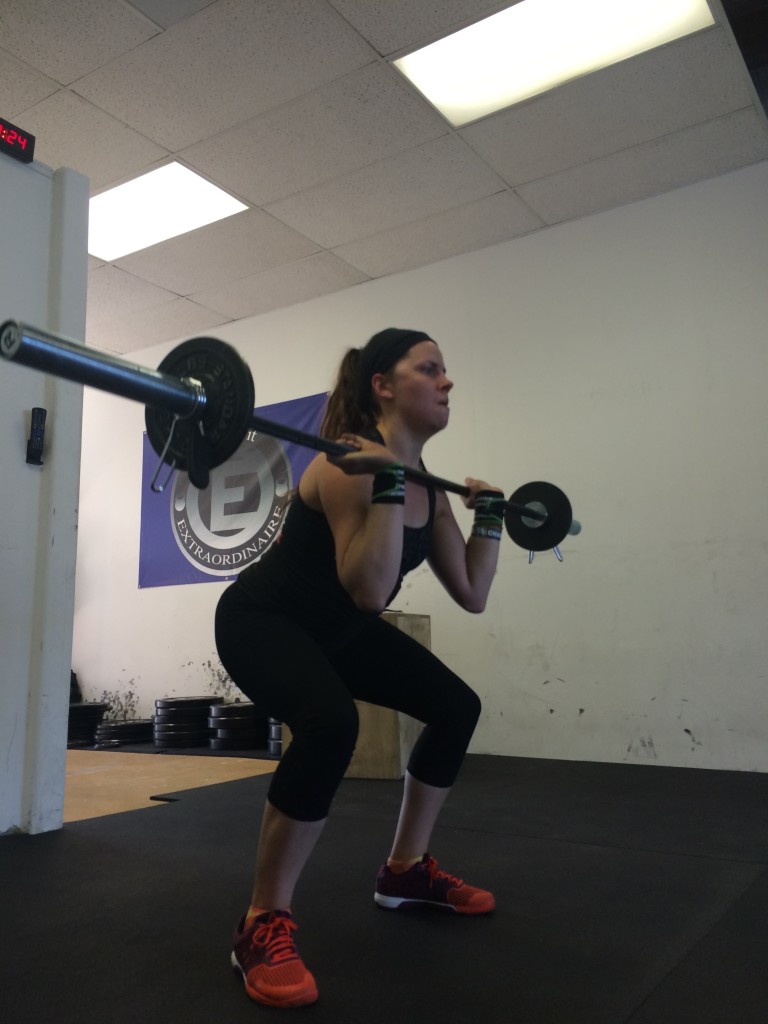 One of the members at CrossFit Extraordinaire was talking me into doing it at the same time he did but little did I know, at some point Sam asked one of the owners if they’d be able to judge me, knowing I was talking myself out of the WOD and probably wouldn’t ask myself. And when Kyle offered to judge, I knew there was no turning back. I was going to complete this WOD.

I went in with a game plan. I’ve never considered myself a very good rower; I enjoy it but I’m just not very fast. As far as the rowing portion was concerned, I was to find a good steady pace and put as much power as I could into it. I was not to try and go all out and immediately lose my breath. Steady, strong pace. 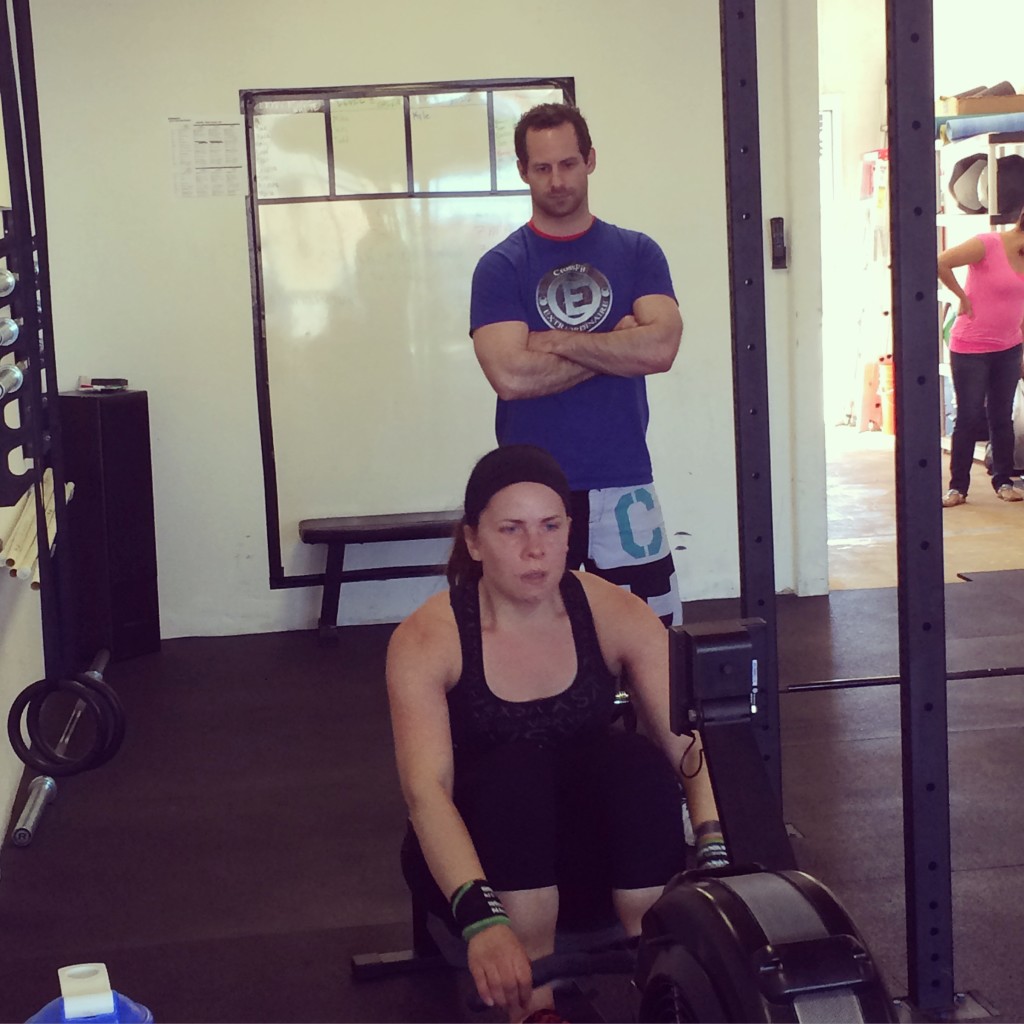 When I got to the thrusters, break them up into sets of 7 (or at least pretty close to it). Drop the bar in between sets, shake out my arms, catch my breath and get back to the bar. Repeat. Repeat. Repeat.

That last row was a give it all you’ve got you’re almost done. The last 9 thrusters were a don’t drop the bar until they’re all done. Don’t stop, keep going, and then you can rest.

I looked at the clock as I got off the rower and it was just shy of 14 minutes. At that point, I was sure I wouldn’t finish in under 15 minutes. Originally thinking it would take me 20 minutes, I was okay with that, but as I pushed out that final thruster, the time was 14:51 and I was happy. 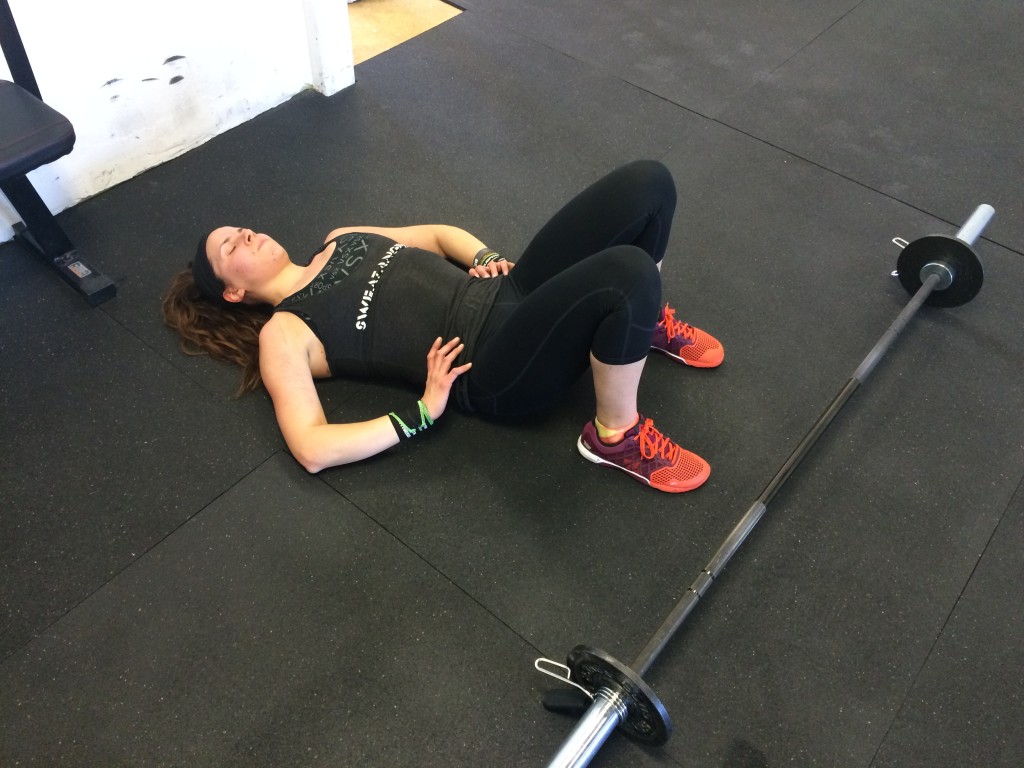 As I saw other’s times pop up on social media, times that were faster than mine, I started to question how I did. I started to think of the moments when I could have gone harder or shouldn’t have rested quite as long. But you know what? That kind of mentality won’t get me anywhere. I worked hard and pushed myself through a tough workout and I finished with a great time, something I’m proud of. 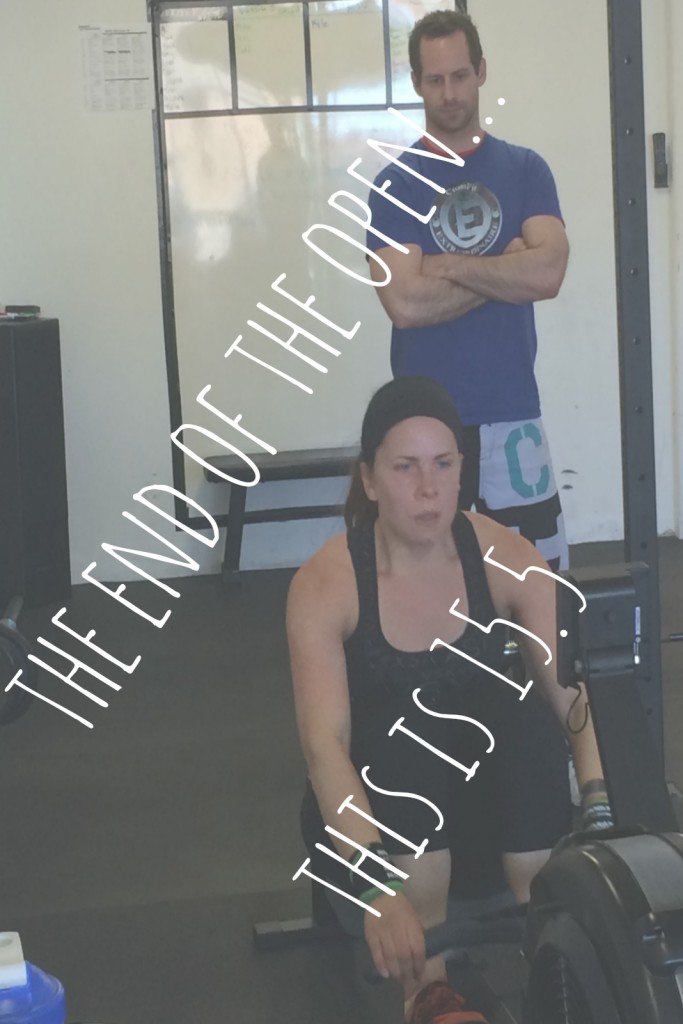 And just like that, my first year doing the CrossFit Open comes to a close and I’m so happy for the experience and am already looking forward to next year!