Saturday continued on with the Flat Irons hike sponsored by The Simply Bar.  We were all given a bar as hiking fuel and I packed it away in my bag for later as I was still too full from breakfast.

We were warned the hike wasn’t easy and was rather “steppy” but I’m not sure anyone really realized what we were getting ourselves into.  This hike was steep and it was a challenge to say the least. 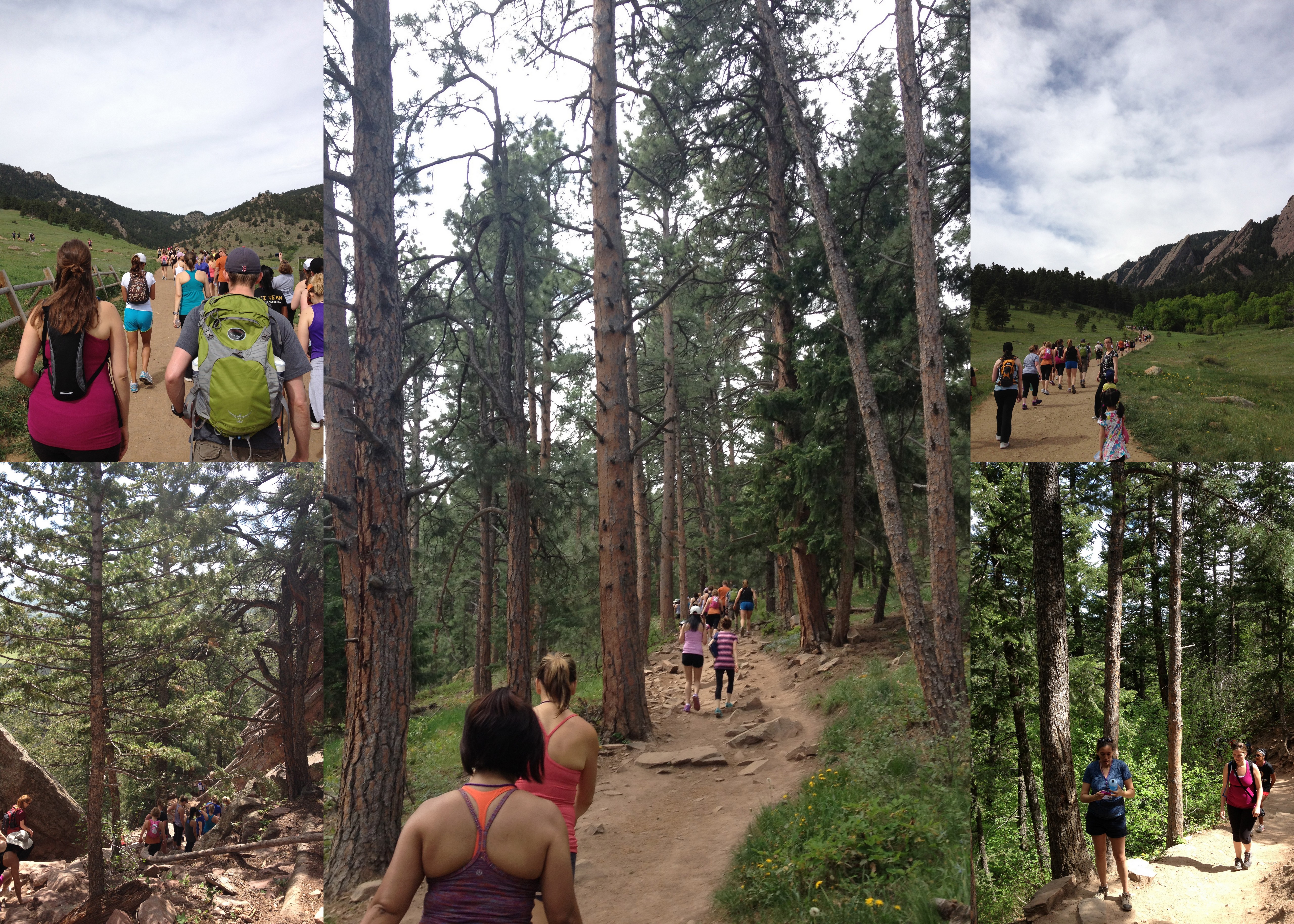 They warned us that while it was hard, it was well worth the effort and I trekked along, taking breaks where needed and drinking plenty of water.  But when all was said and done, they weren’t kidding, it was worth every last step. 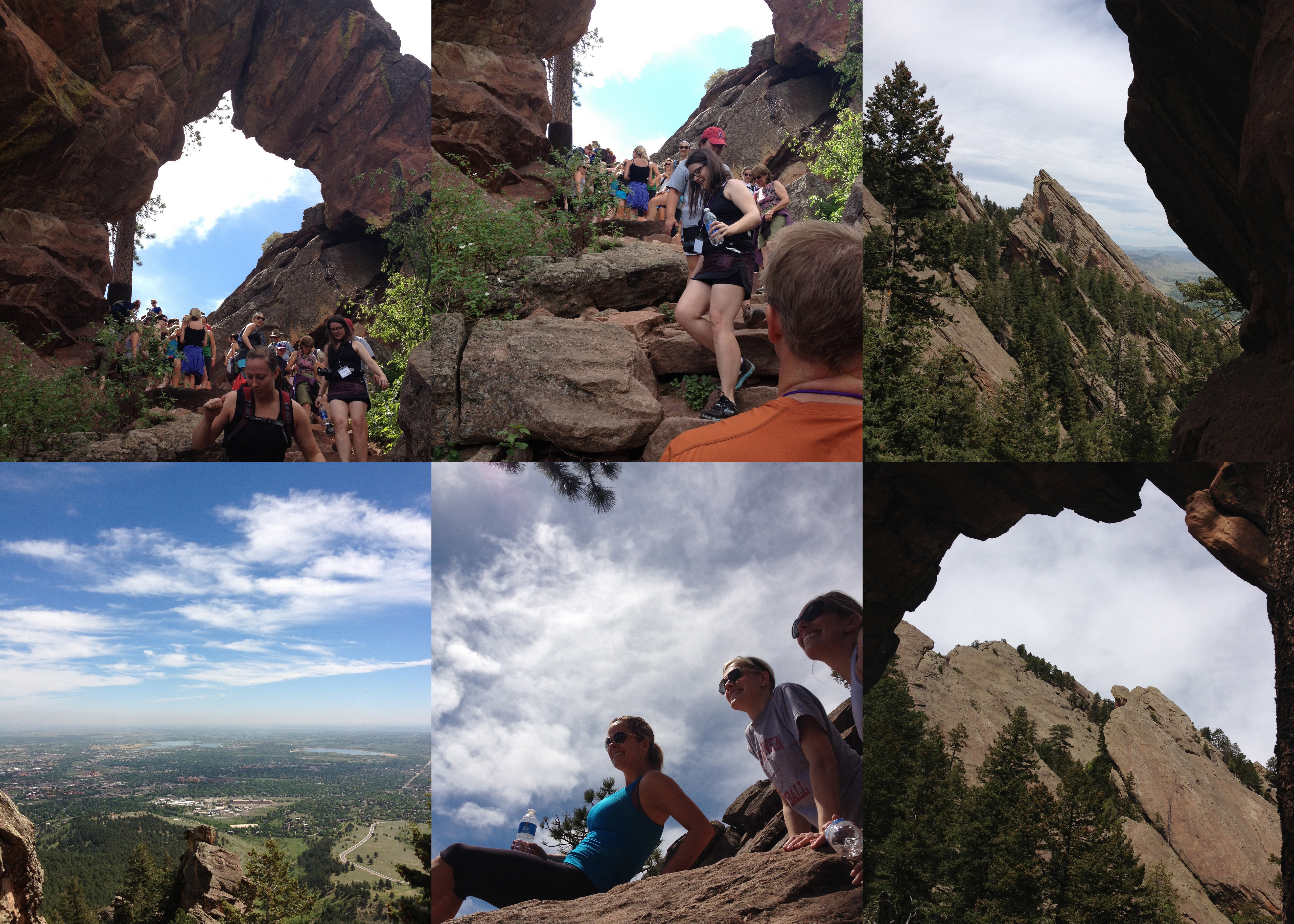 Going back down the mountain, wasn’t any easier and was actually when I realized how shaky my legs were when I stood still.  But again, we went at a comfortable pace and some great company was just icing on the cake. 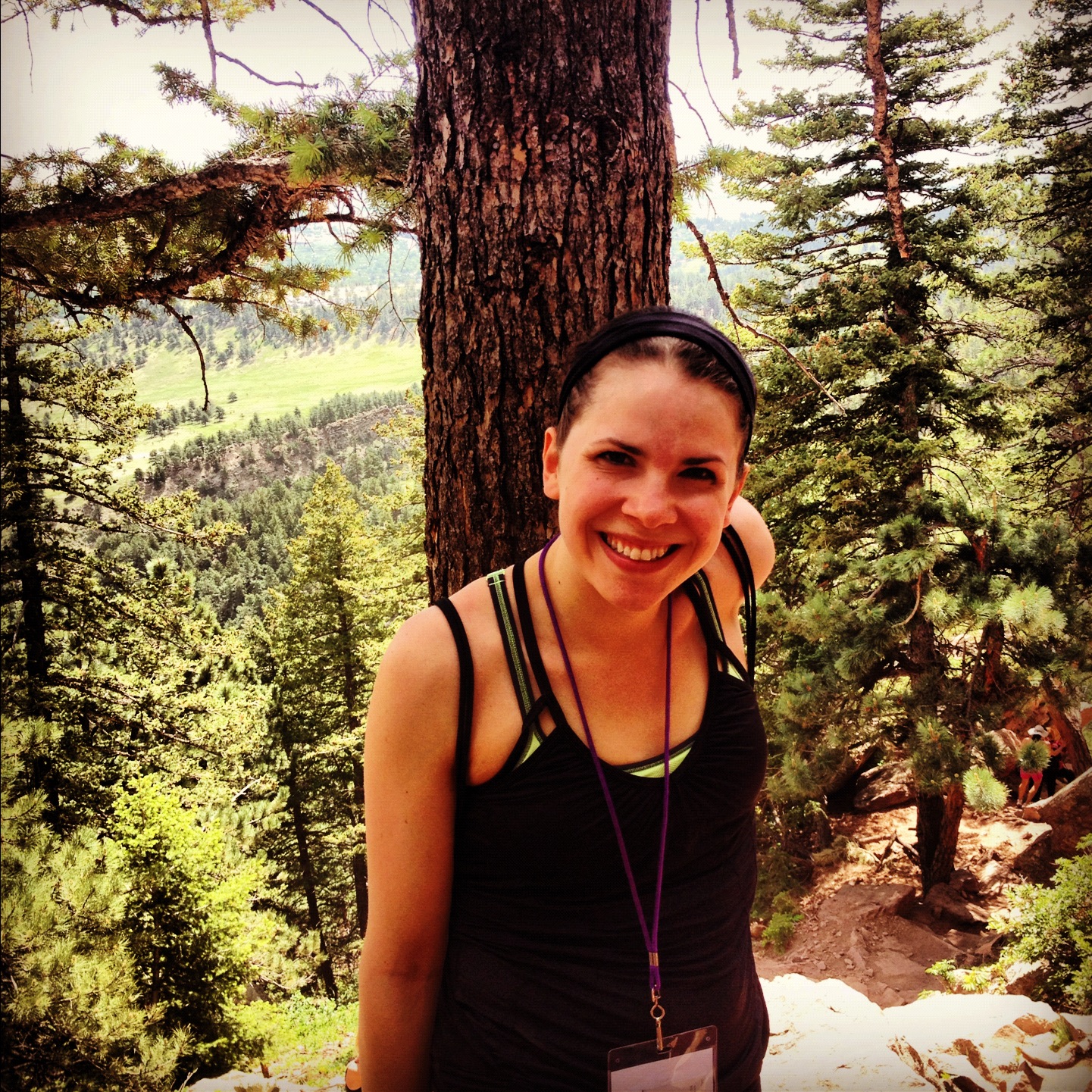 We had a little time before yoga so we made our way to the Boulder Farmer’s Market to walk around a bit.  We were only able to stay for a little bit and then made our way to yoga at Core Power Yoga.  Seeing as this was the third workout of the day and we were all pretty sore after hiking, the majority of the group chose to opt out of yoga.  (I think there were only about 15 or 16 of us out of a group of 50-60.)

Yoga was alright but my body was tired and holding any pose was more of a challenge than normal.  I also struggled with the mirrors all around the studio as I found it made it hard to concentrate and not just focus on how funny I look doing yoga or trying to make sure I had the right form.  By the time yoga was done and we made our way back to the cabins, I was starving and exhausted!

I got in a quick shower, ate an apple and met some of my new found friends to head out to dinner.  We made our way to Avery’s for some food and drinks.  I went for a White Rascal + grilled veggie wrap. 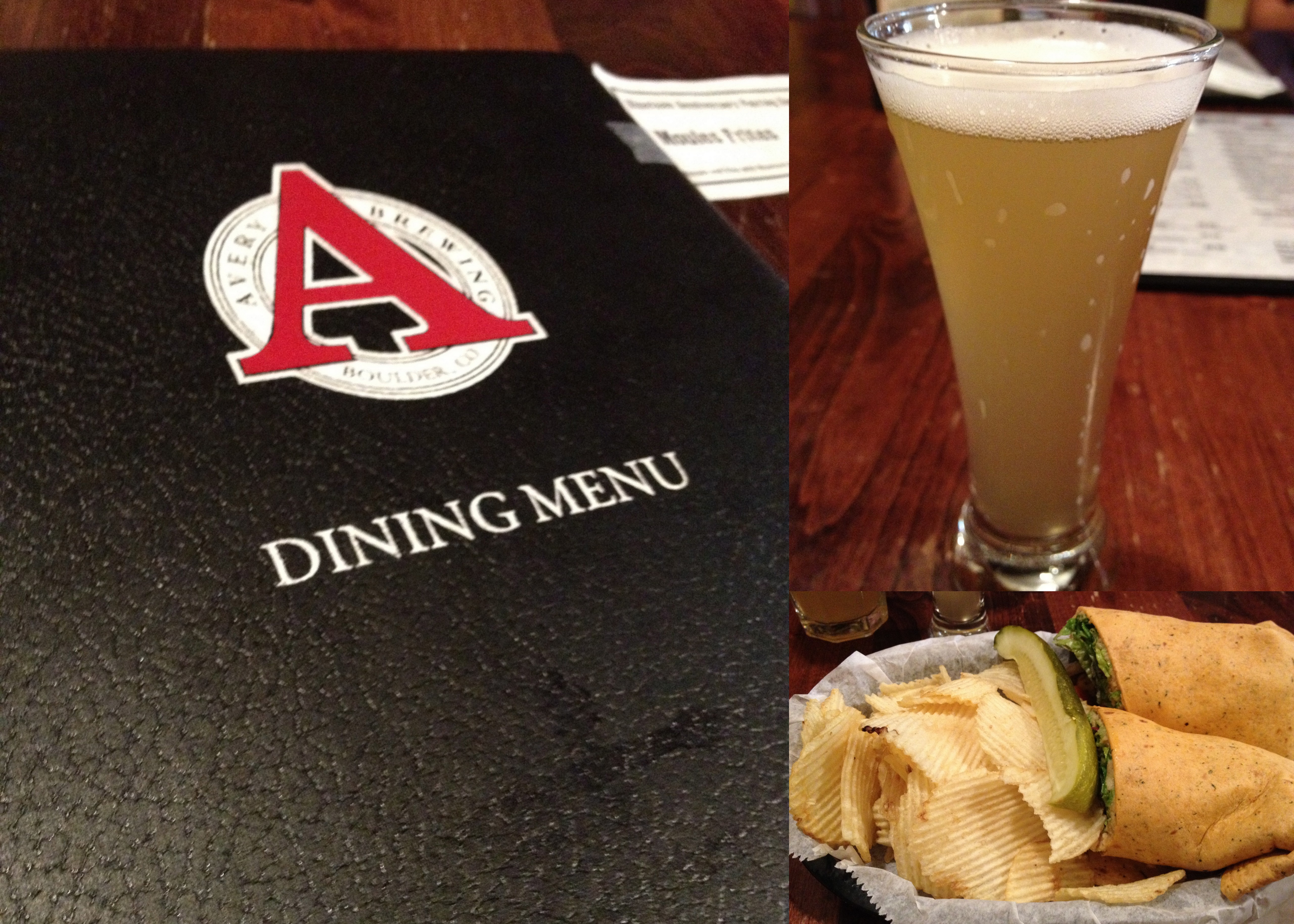 The food was delicious though that may have been the hunger talking. 😉  My wrap had a variety of grilled veggies, greens and hummus with a side of chips.  I only ate half the wrap and saved the rest for lunch on Sunday while traveling.  After eating we made our way to meet up with other members of the group before calling it a night.

7 thoughts on “The Flat Iron Hike”