I have decided to forgo the usual Music Monday this week in order to talk about my fun-filled weekend.  I hope you’re ready for me to spend a few days talking about it because it was a freaking BLAST to say the least.

So let’s go back in time to Friday – the day of departure. 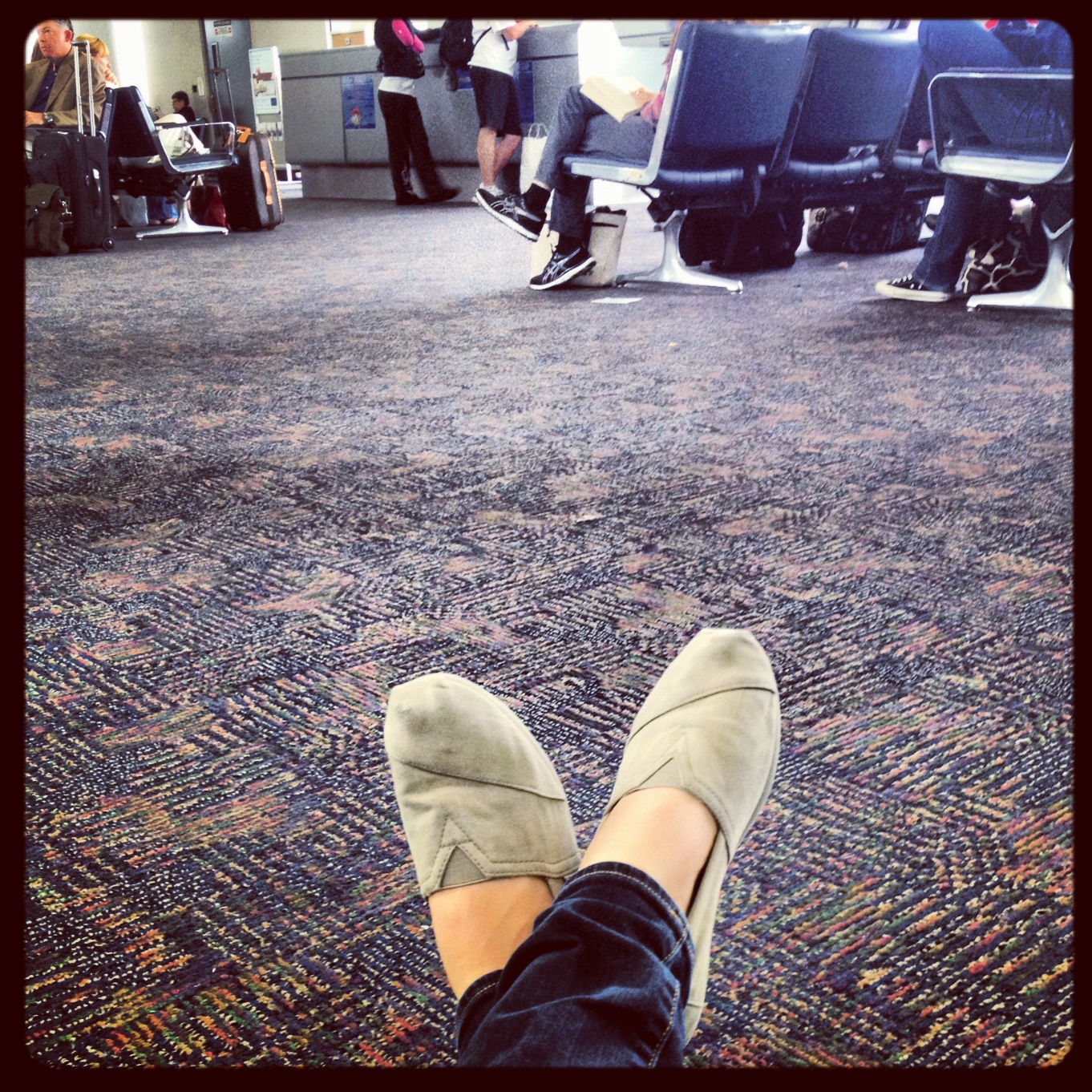 It all started with my flight to Denver being delayed a little over an hour (due to what sounds like poor planning on behalf of United – fail!) but I survived and by the time we got in flight, I was more than ready for my packed lunch.  I decided to separately pack a banana, bread and Justin’s peanut butter so my sandwich wouldn’t get smushed and soggy before eating it.  This worked perfectly. 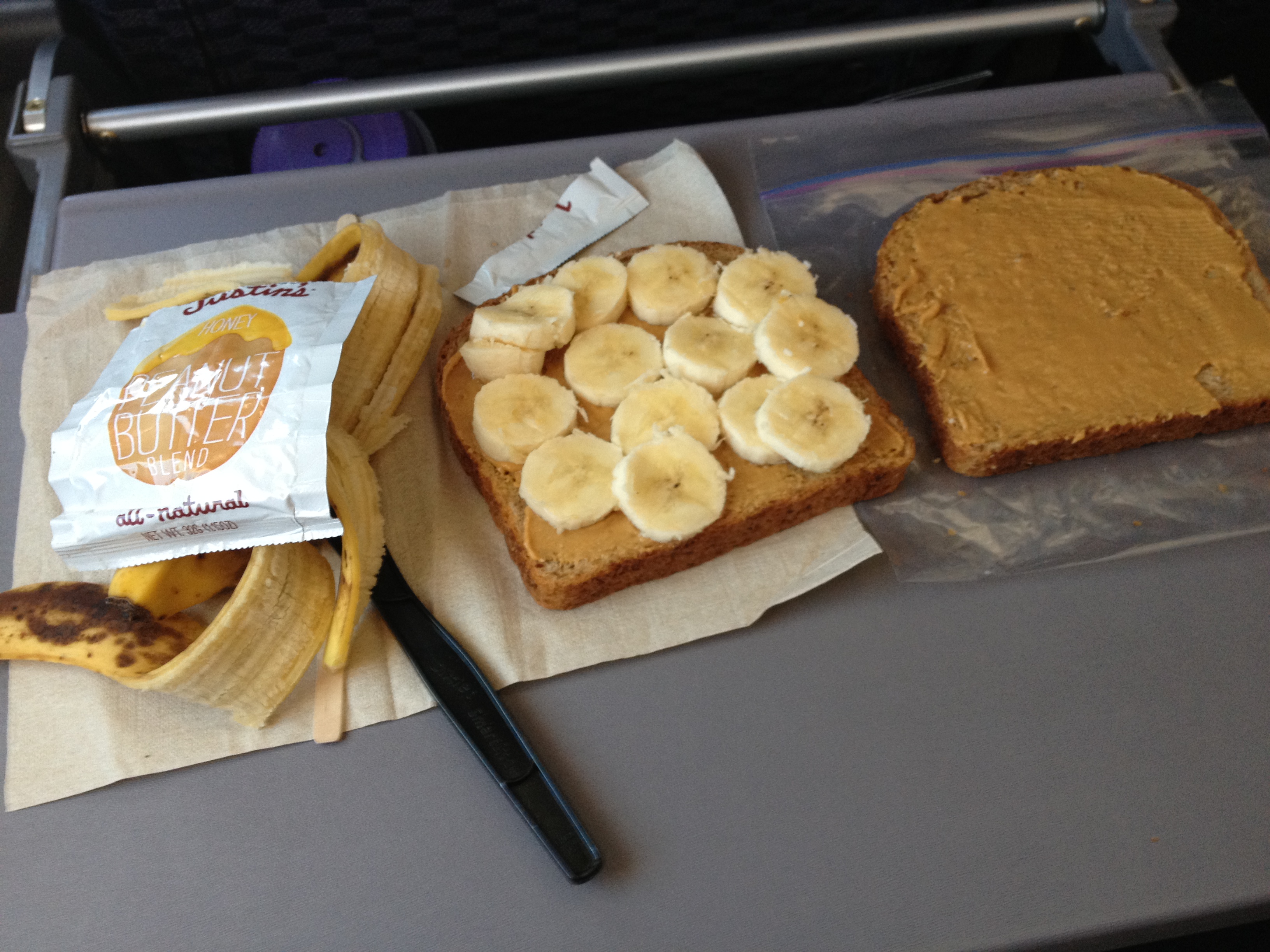 The views out of the plane were absolutely gorgeous, I couldn’t help but snatch a few 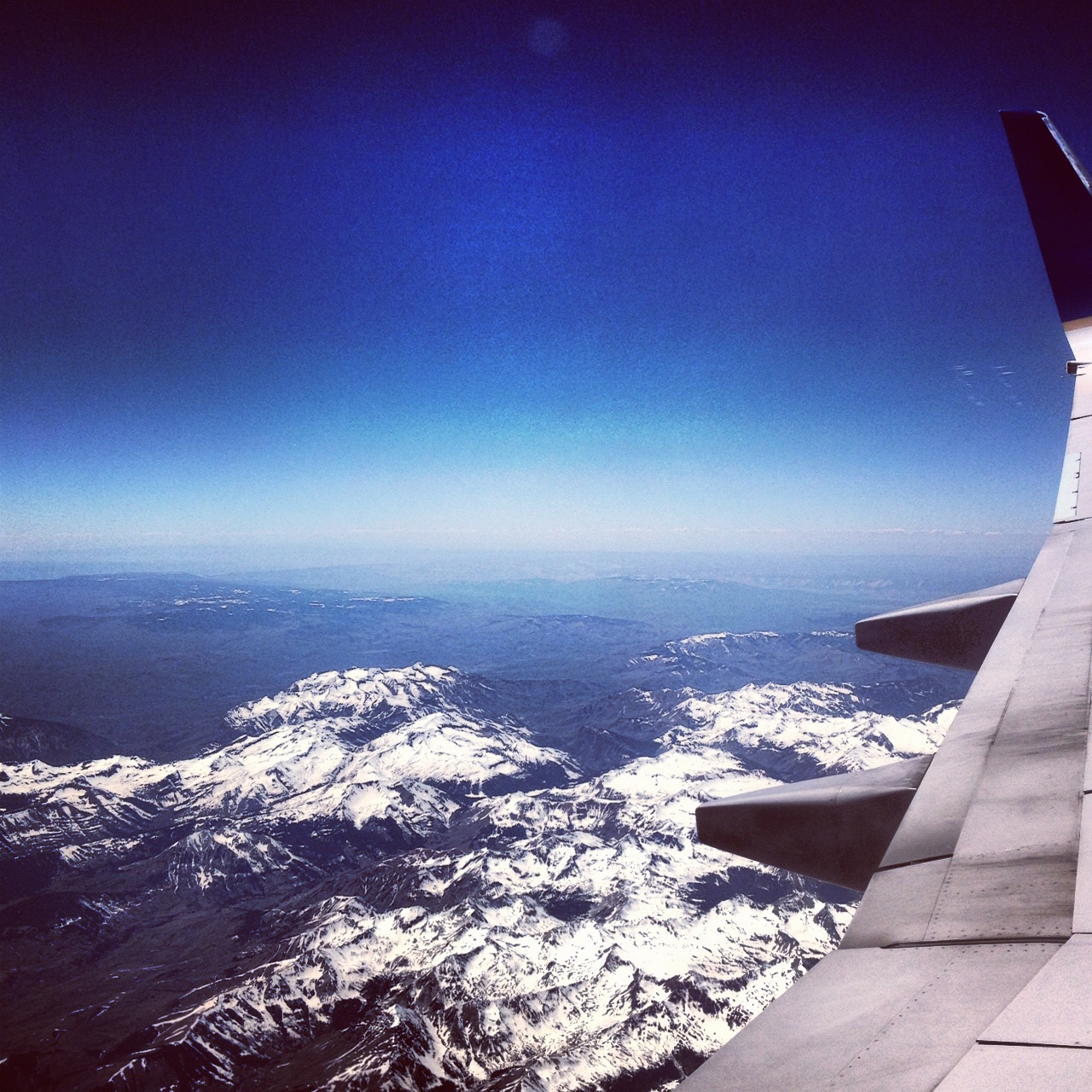 2 hours later the plane landed and I grabbed an iced coffee as I waited for my bag.  I checked in with Super Shuttle and we continued towards Boulder.  I was one of the last to be dropped off from the shuttle and for a moment feared missing check-in but made it. 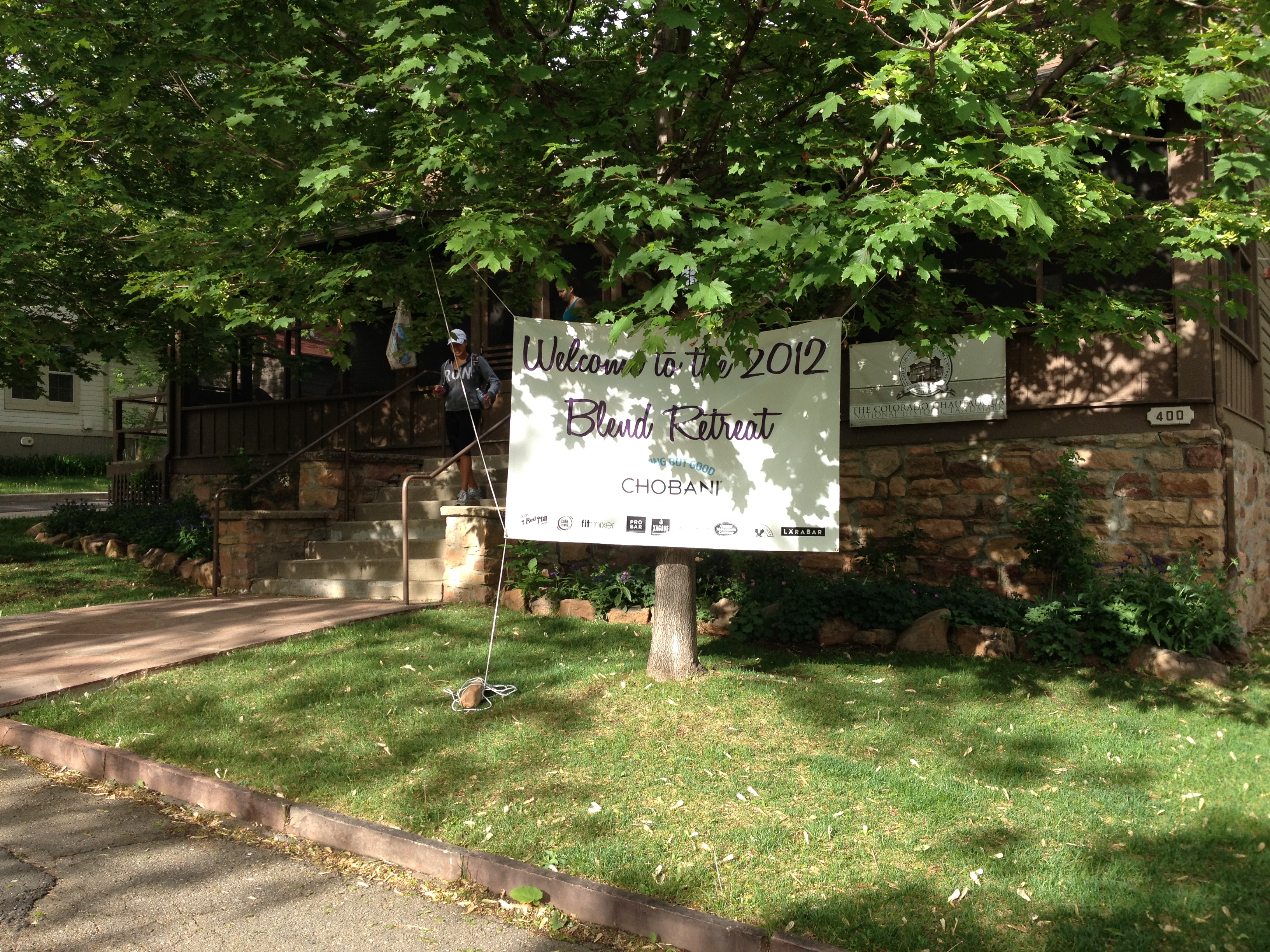 I got my key and swag bag and headed off to Cabin #6 to meet my roommates for the weekend and get changed for dinner.  We stayed at the Chautauqua Cabins in Boulder and they may have been the cutest things ever.  (I’d definitely want to go back someday for a vacation!)  (My roommates for the weekend: Amanda from Diary of a Semi Health Nut and Dena from 40 Fit to the Mitt.) 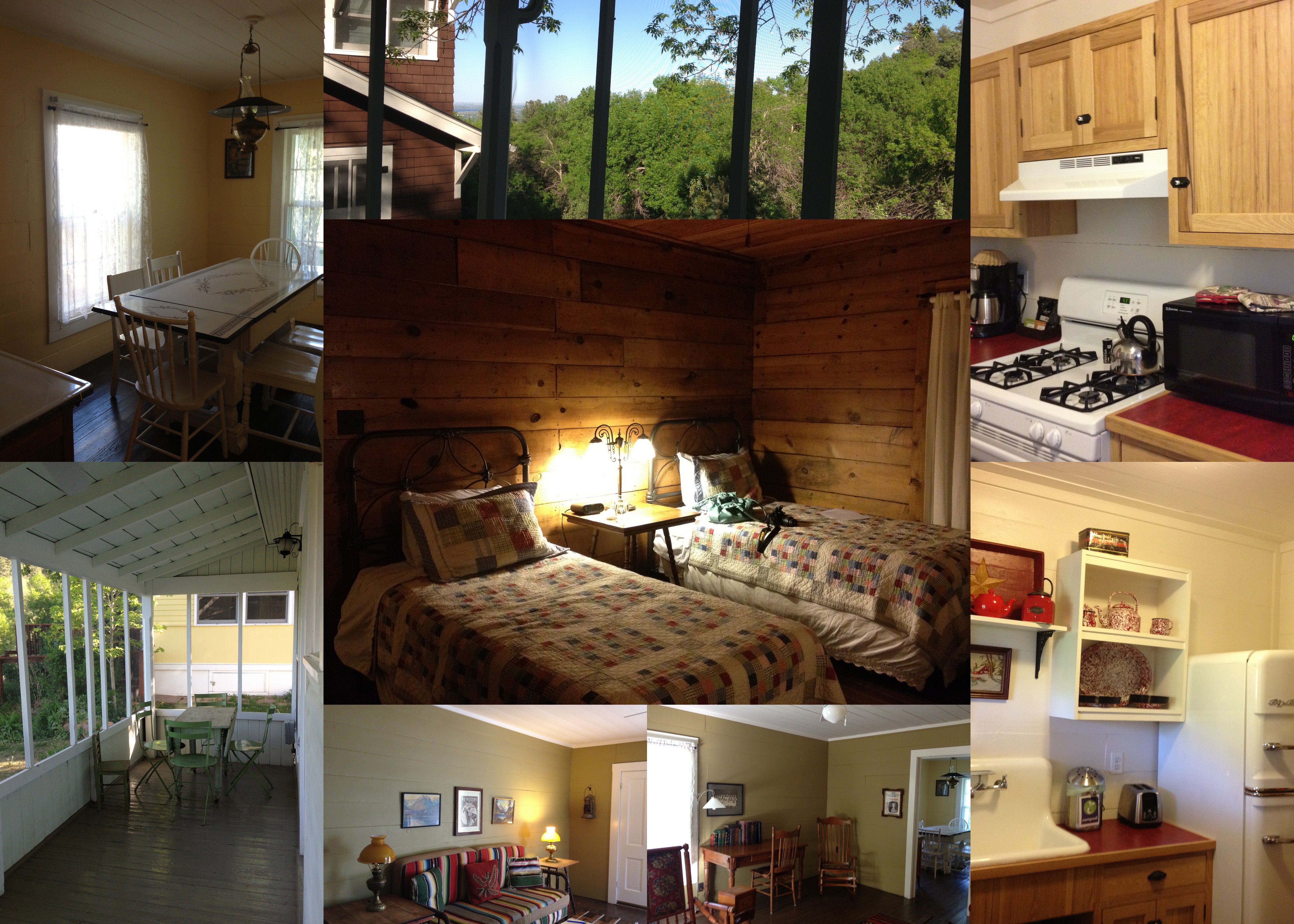 After settling in, we all changed and made our way down to the Dining Hall for the meet and greet cocktail hour + dinner.  Cocktail hour was sponsored by Core Power and consisted of fruit, veggies and dip + drinks.  I downed a bunch of water and didn’t grab a drink until we were about to sit down to eat. 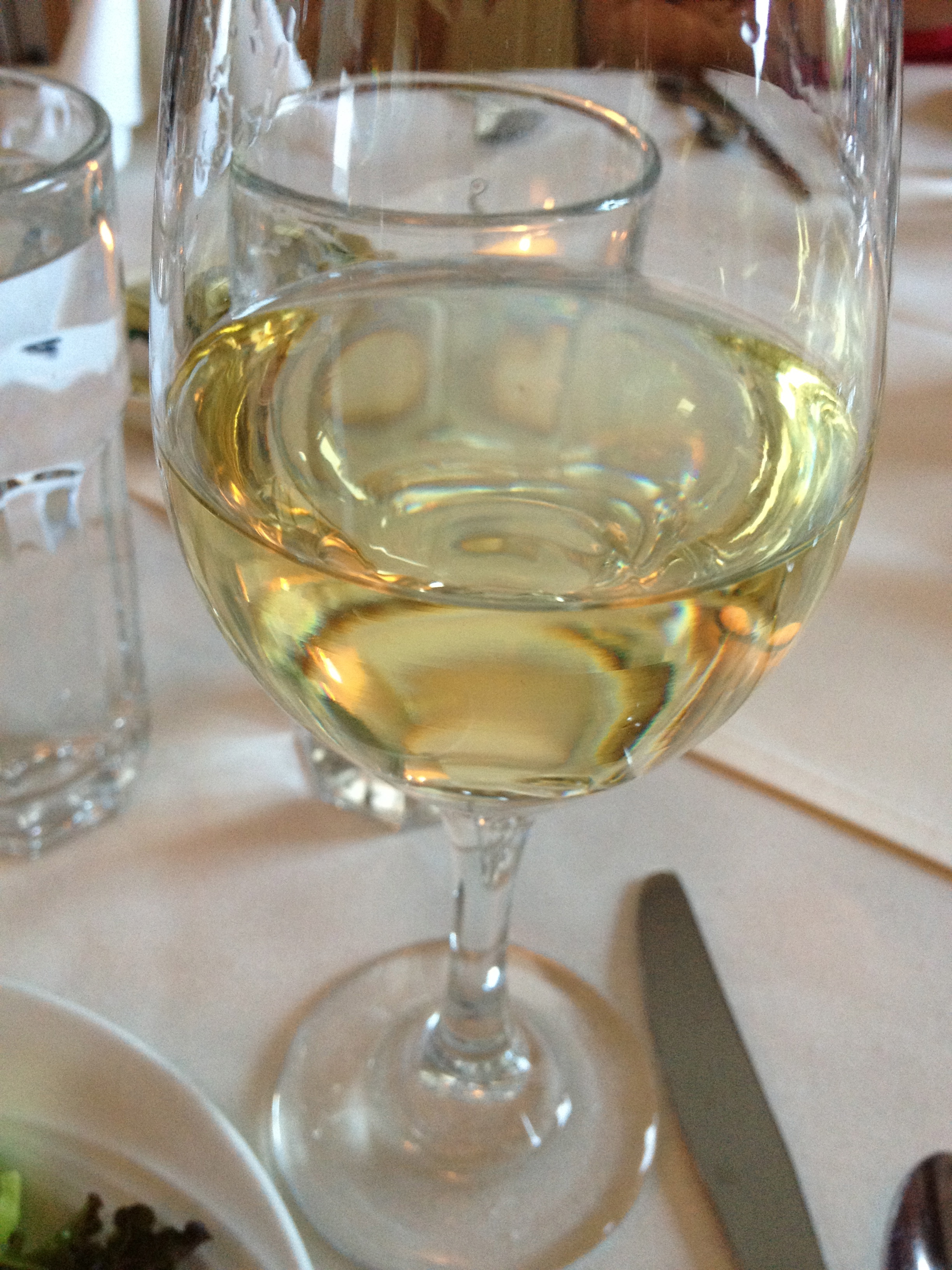 Janetha, Lindsay and Katie did an amazing job planning this event, so I must be sure to say a quick THANK YOU to them! 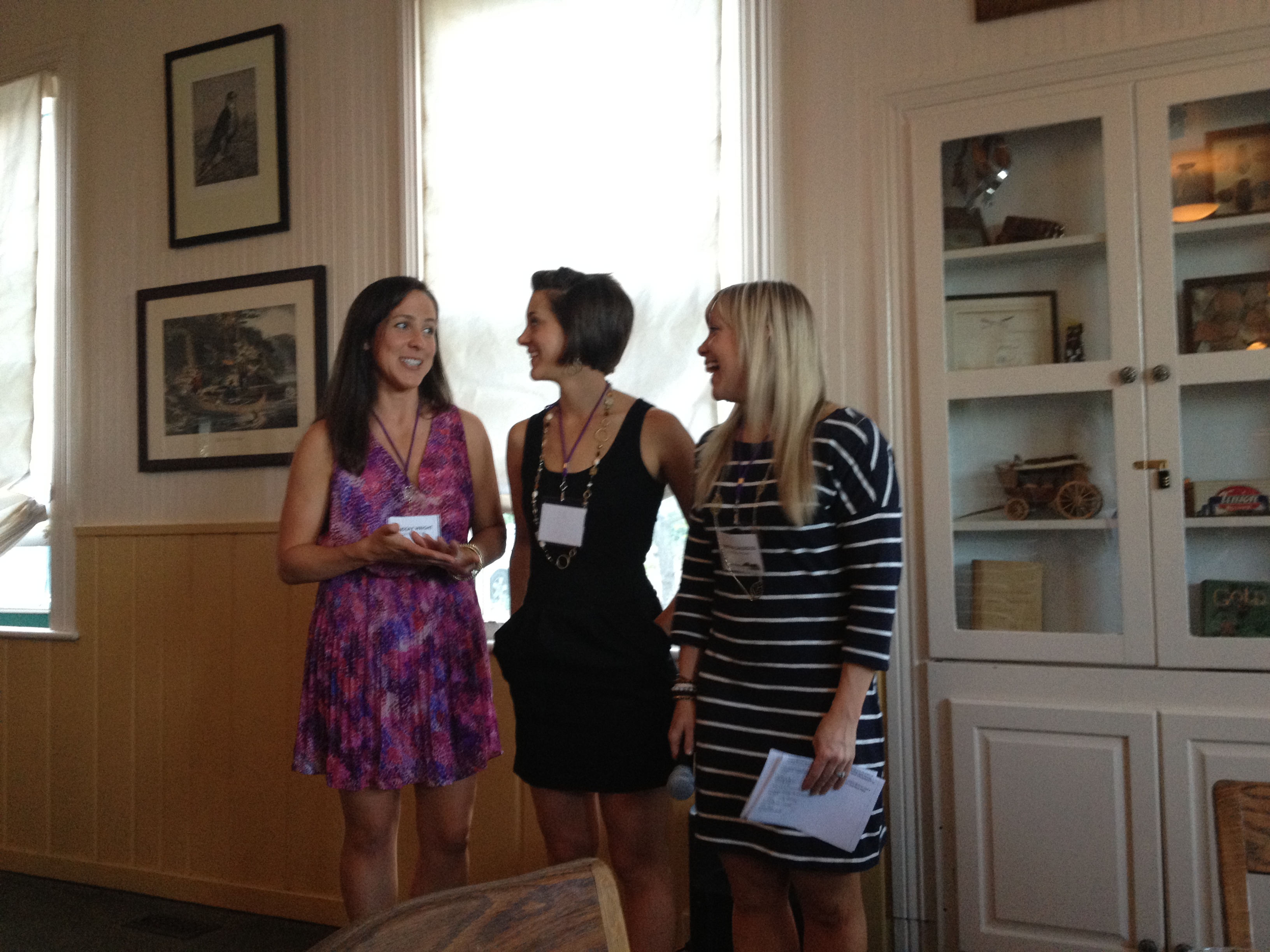 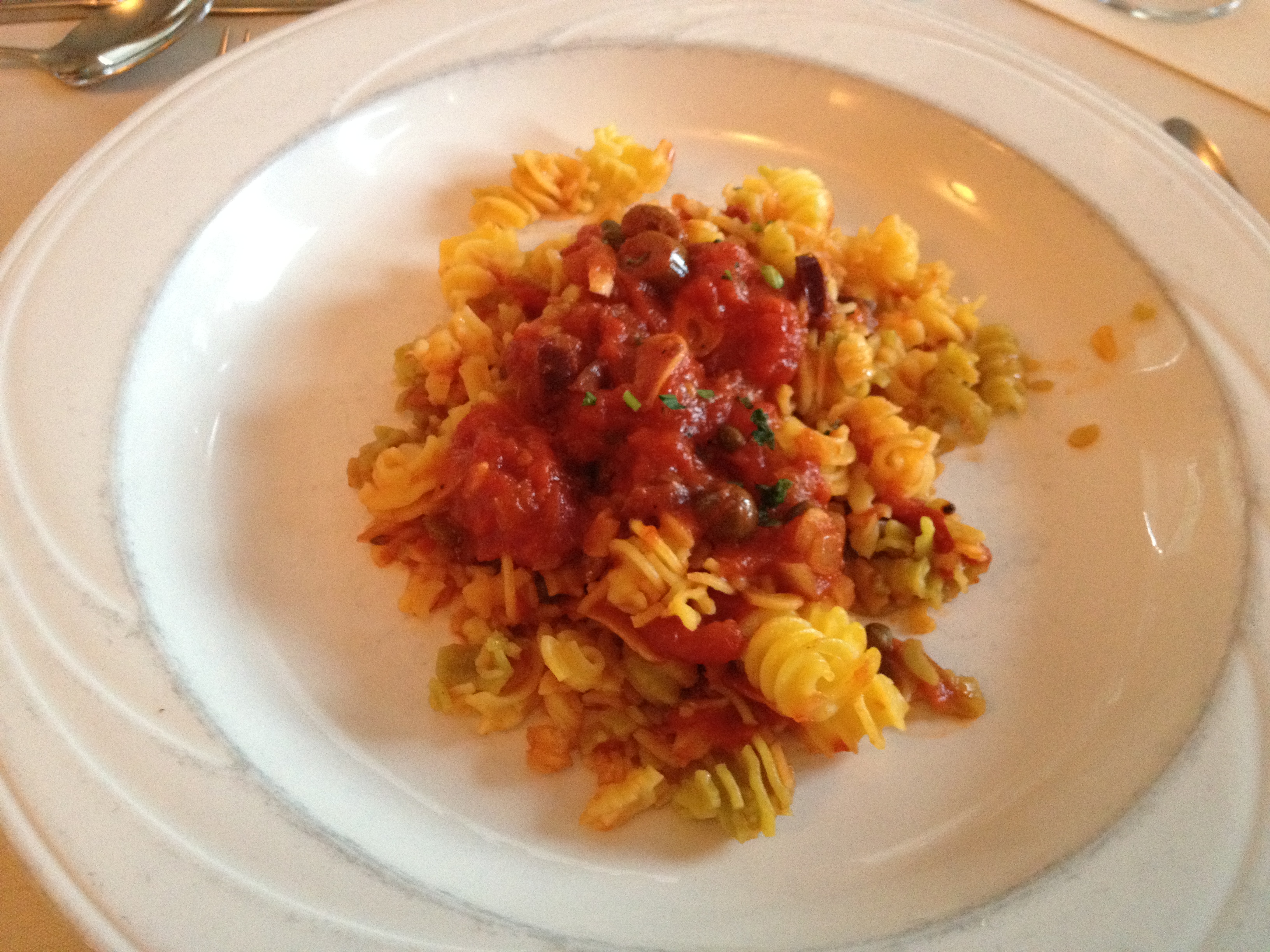 Dinner was super yummy!  We had starter salads and then a choice of a chicken + quinoa (I think?) or a gluten-free vegetarian pasta.  But the real winner came at dessert time: mini cupcakes from Street Fare – a local bakery.  These cupcakes were killer and quickly drew a crowd. 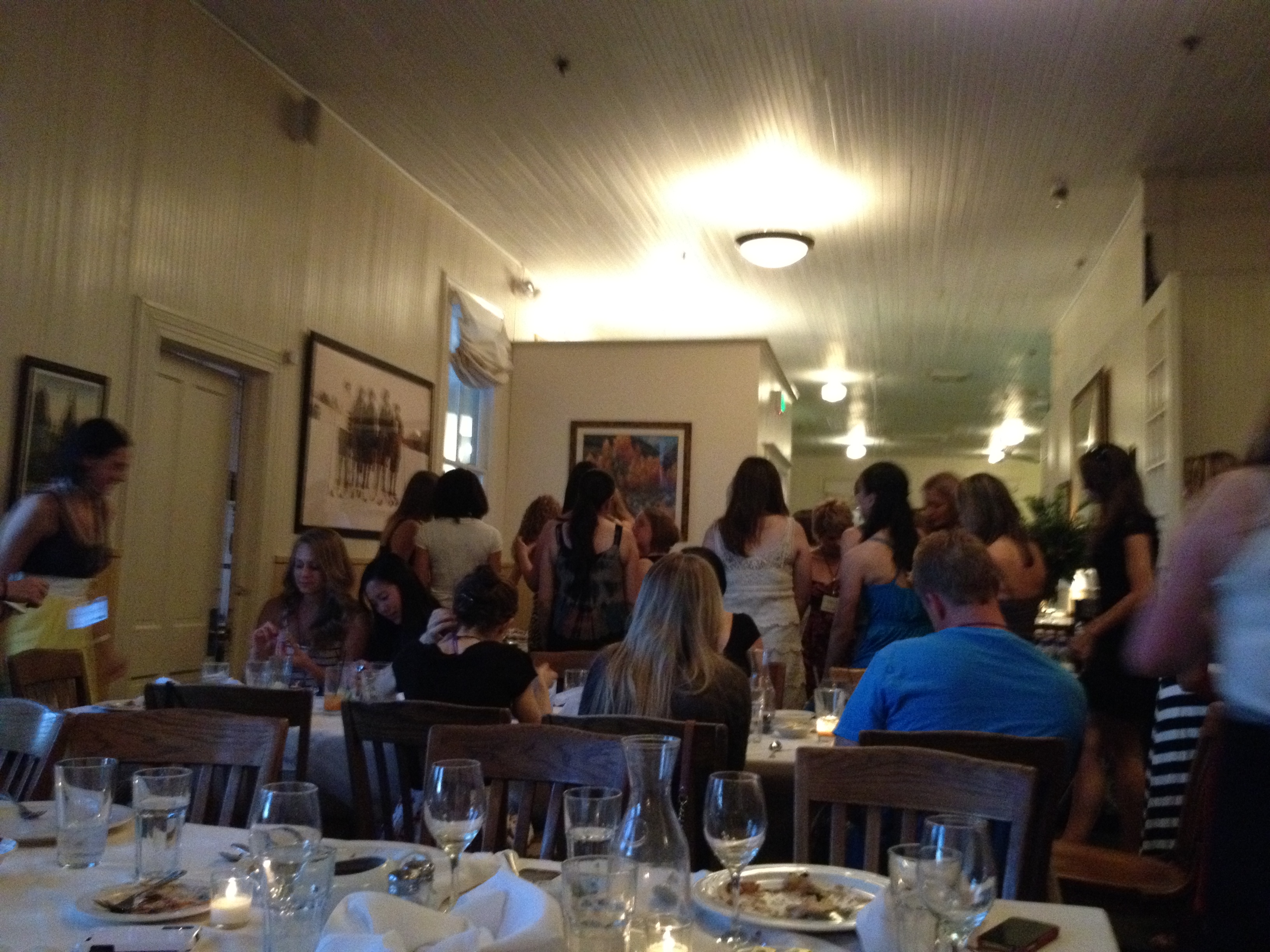 We were allowed to have 3 each and I went for the (all gluten-free and vegan) chocolate peanut butter pretzel, coffee cinnamon and s’mores.  My favorite came down to the peanut butter or s’mores but ultimately i was in love with the ball of peanut butter inside the cupcake and chose that as my favorite.  But they were all delicious!! 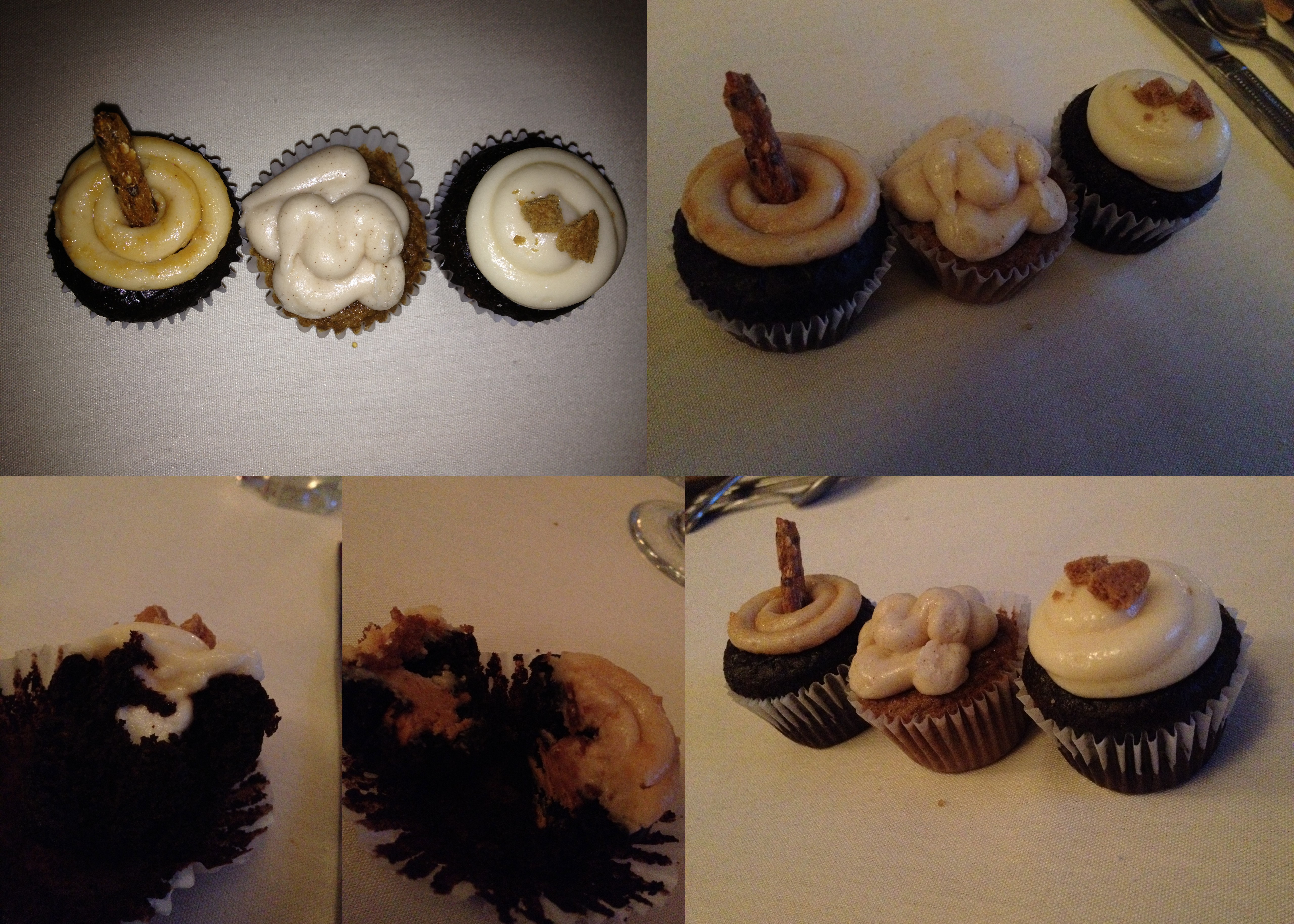 We finished eating and retired to our cabins for a good night’s sleep and to prepare for an early morning.  (To Be Continued).

Before I wrap up Friday, as I mentioned, cocktail hour was sponsored by Core Power and it wouldn’t be right if I didn’t take a moment to thank them (and all of the other sponsors that allowed our weekend to take place!) and talk a bit about their product which I got to try over the weekend. 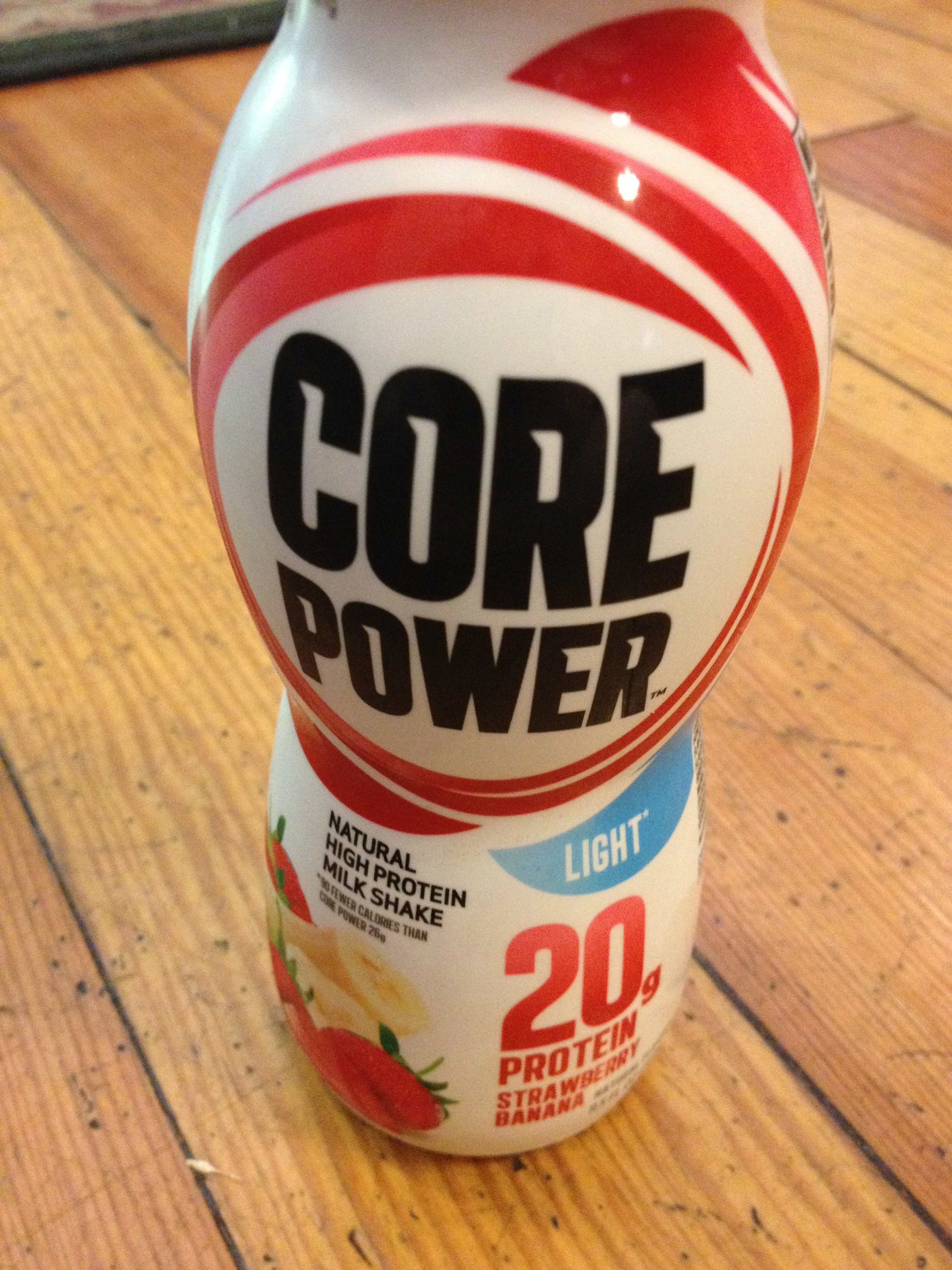 Core Power provided our weekend with some delicious protein smoothies (one of which I first tried after our long hike) and I have to say I was completely impressed!  These shakes are made with real milk but are lactose free!  I was nervous trying it so I sipped slowly, prepared to stop at the moment my stomach began to ache…it didn’t happen.  They were creamy yet light and didn’t leave you with that common chalky after taste of many other protein shakes out there.  Delicious and I can’t wait to try the other flavors!

For more information and nutritional facts for Core Power, visit their website.

13 thoughts on “Welcome to Blend!”