That’s right people, I knocked another thing off my Summer Bucket List this weekend: I went to the Farmer’s Market! 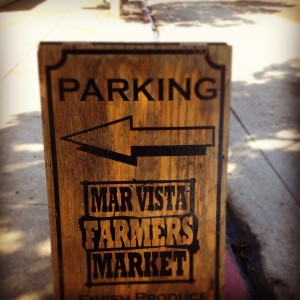 You would think living in Southern California where we have year-round Farmer’s Markets and fresh produce (and having one pop up next to work 2 days/week), I would go more often but I’m actually really bad about going.  Don’t make me feel worse about this, I have enough internal guilt as it is.  But Amy and I were both off on Sunday and we walked our way down to the MarVista Farmer’s Market for some fresh produce. 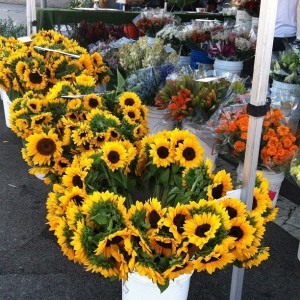 I totally stole this picture from Amy – thanks roomie! 🙂

And to look at pretty flowers.

Anyway, I had a few things on my agenda: peaches and cherry tomatoes.  I walked away with both and was a very happy girl. 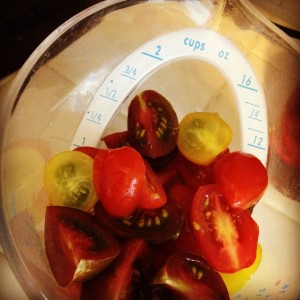 But more on that later….

Breakfast:  The usual banana and peanut butter oatmeal with iced coffee, but this time I topped the oatmeal with 1/2 a slice of banana blueberry bread I made the other day.  I’m pretty sure Amy and I have been trying to make a new world record for the fastest we could eat the banana bread.  It took 3 days…we could have made it less. 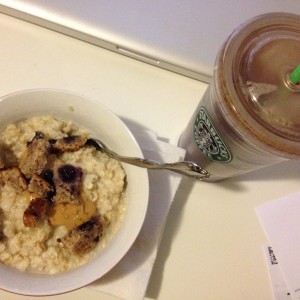 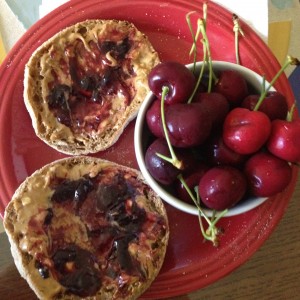 Dinner:  But this is where it gets good people.  And I mean reeeeeeallllyyy good!  So good I needed to get the cherry tomatoes at the Farmer’s Market so I could recreate this meal only 2 days after finishing leftovers of it.  I mean look at this. 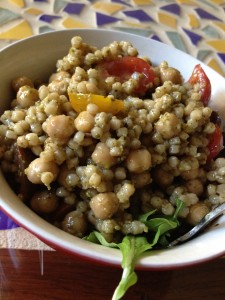 So what is it exactly? 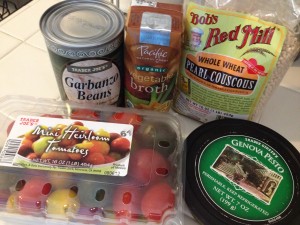 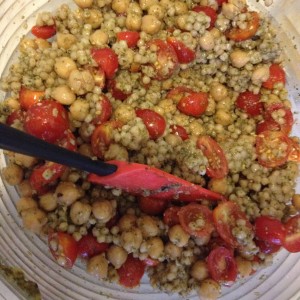 Mix together and chill.  Take a handful or two of arugula, drizzle with olive oil and balsamic and scoop some of your couscous salad on top and mix together.  A-MAZ-ING!

Dessert:  I’ve mentioned that I don’t photograph my snacks for WIAW.  It’s hard enough for me to remember taking pictures of my meals 1 day a week, so snacks would just be impossible.  But Amy and I had a fun girl’s night this weekend and definitely needed to be documented. 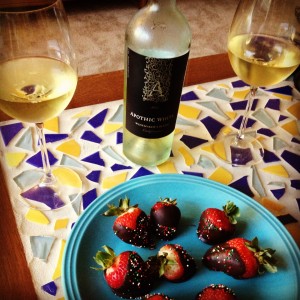 How often do you have dessert that’s so photogenic? I mean seriously.  It was delicious and we had a great night drinking wine, eating chocolate covered strawberries and watching girly movies. (And yes, I know I shared this already but it’s worth repeating.)

What good eats have you had this week?