Moving back home has meant the possibility of running into old faces.  Some faces you want to see, others you don’t want to see, and some you’re surprised to see.  Working at one of our local coffee shops, I’ve been surprised by how few faces I’ve recognized.  I don’t live in one of the smallest towns, but I do live in a relatively larger town with a pretty strong community (or so I think). 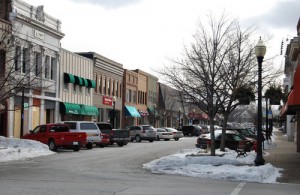 So when I started working my part-time job, I expected to see some familiar faces, aside from my family that is.  And so far, I’ve only seen a small handful of recognized faces and maybe 3 people I actually know – of those 1 old classmate and 2 old teachers.  One was my chemistry teacher from high school (not really a fan) and the other was one of my junior high teachers, who also worked with the back stage crew on the plays and girl’s track team.

I’ve mentioned before, I was in no way an athlete growing up and was even discouraged in my attempts to run but I worked with this teacher closely on the plays and even helped her at track meets (though I don’t remember WHAT I did). 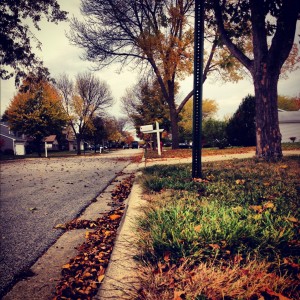 And then just a few nights ago she walked into my coffee shop with her mom.  I recognized her right away but for fear of being wrong I waited and debated saying anything.  As soon as she started talking, I knew by her voice, personality and mannerisms that I was right.  I continued by making the drinks for her and her mom and when they came to pick them up, I confirmed who she was and that I was one of her old students.  Within just a minute she remembered me and called me “good people.”

She no longer teaches at my old middle school, no longer lives in my town (or even in IL), and she briefly caught me up on all the places she’s lived and where she is now.  She asked about me.  I told her what I used to do (manage bands) and I told her what I was studying for.  “Good for you, you’re good people” is what she kept saying.  She was very supportive of my change of careers, especially having many friends in the music industry.  She’s the same person I remember being an amazing and supportive teacher back in middle school (is that weird?).

Her and her mom sat in the cafe until shortly after we were closed.  I was in the back cleaning some of the last few dishes of the night when they were leaving.  She peaked her head in back and said “I’m breaking the rules but I wanted to say goodbye.  It was so good to see you.  Good luck with everything.  You’re good people.  YOU ROCK!” and left. 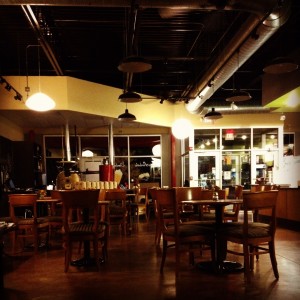 And most importantly, do what you do and do it with all your heart; you’re good people and YOU ROCK!

Have any teacher positively impacted your life? Week? Day?