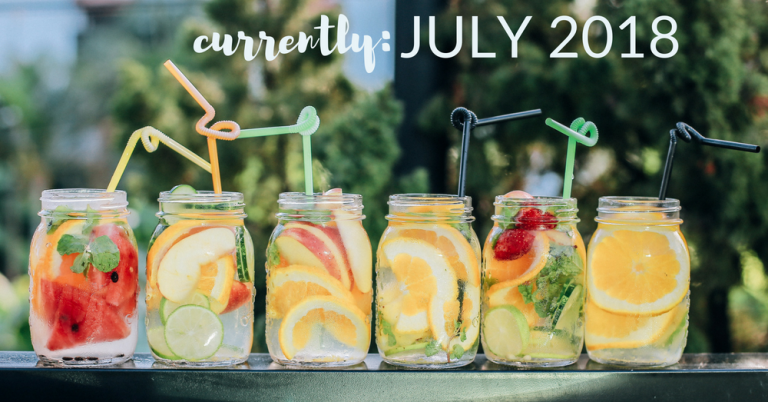 I’ve been taking some time away from blogging the last few weeks. After 7+ years of blogging, I won’t apologize for my silence especially since blogging is not my full-time job. In fact, it’s hardly even a part-time job. But with that said, there’s a lot that I’ve been thinking about and debating lately…the most relevant right now is my future with blogging, the future of THIS specific blog, the future of the other domain names I own, and other potential projects I may want to throw on my plate. 😉 There’s nothing to share just yet but stay tuned…

Actually, I haven’t started anything recently. Since moving, my commute has gone from 45-60 minutes down to 15 minutes! It’s absolutely amazing but it has meant that I’m spending a lot less time in the car listening to audiobooks. With that said, I usually try to read a little before bed a few nights a week and I haven’t been doing that either but I do have a stack ready to start.

Any other Big Brother fans? Gosh, sometimes I can’t believe I admit that but it’s just nice mindless TV to have on while chilling on the couch.

My podcast list is OVER-FLOWING right now. I added a few more and I haven’t been listening to as many since there’s usually so much going on at work that it’s hard to listen when I’m constantly being interrupted or needing to focus on certain things.

I actually was just talking to a friend about how I feel like I’m in a rut. My usual salads at lunch aren’t quite hitting the spot like they used to and I’ve been craving things other than smoothies for breakfast in the morning. I’m not fighting it though but instead just trying to embrace the change and listen to my body.

My schedule. As you guys know, I had welcomed in the multi-job life with open arms, but as you’ll hear more about below, I’ve accepted a full-time position with one of those employers. With that said, I didn’t want to leave the other job so I’m staying on for weekends + teaching yoga still. I picked up a few extra classes in August to sub for a teacher on vacation so it’s going to be a very FULL month.

Content. It’s funny, I was wracking my brain being like “HOW do I feel right now?” and there was no overwhelming emotion. I guess that’s not a bad thing though, I’ll embrace it.

Lacroix. My boyfriend is one of the few people who is not a fan, as I learned the other night while we were out walking his dog. It led to quite the heated debate BUT I don’t care, I love me some lacroix. Plus, the office keeps a mini fridge stocked with lacroix and soda and no one has to tell me twice to help myself! Relish!

To stick to a budget. Now that I am no longer living the unemployed life and there’s consistent income coming through, I feel like it’s time to reel things in a bit, set some goals, pay down some debt, and build my savings back up. I was doing some number crunching and realized if my numbers are correct and I can be really accountable with myself, this doesn’t have to be such an overwhelming task. My biggest thing is always wanting to stop at Starbucks for an afternoon coffee, picking up a bottle of wine to enjoy with the boyfriend, and other random “little” purchases that really just add up when you’re not paying attention.

I don’t think I mentioned it but my role at work took quite the sudden turn when I got back from Iceland and found out my coworker was leaving. I was offered and accepted her (full-time) position so I’ve been knee-deep learning that role and really trying to understand the great big world of real estate. I’m not a realtor but my new role is coordinating everything on the backside between the parties when buying/selling a home. It’s so interesting actually.

How are you doing? Pick something and let me know what’s new with you?