revolution: a dramatic and wide-reaching change in the way something works or is organized or in people’s ideas about it 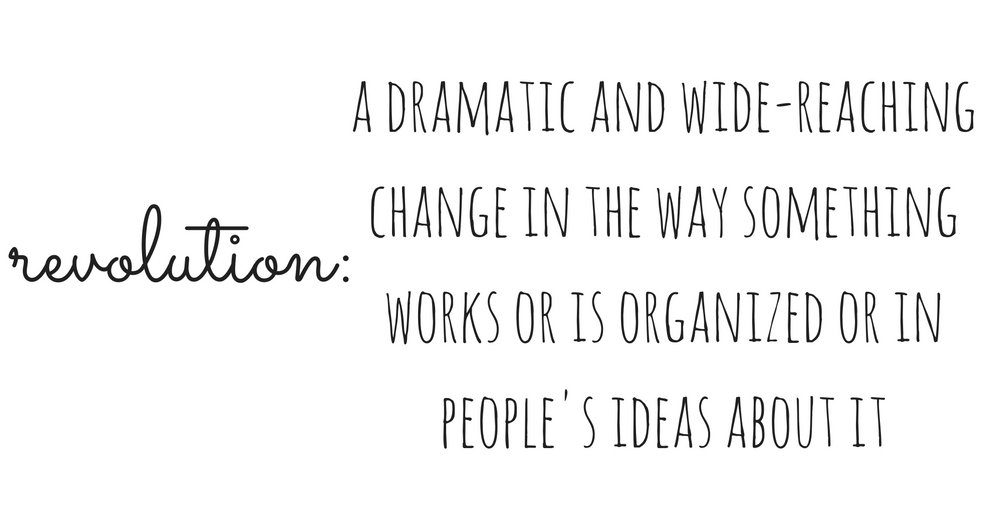 I was running on the treadmill one morning last week, a Spotify playlist was in my ears, and I was in the zone; then a song came on and it didn’t break me from that space, but it definitely caught my attention. I found myself wanting to dance as I ran, quite thankful no one else was in the fitness center at the time (ha!) and I wished Spotify would let me repeat it over and over again because it hit me like a ton of bricks.

As quickly as I could, I grabbed my phone from my running belt, took a screenshot of the song, making note that I needed to go back and listen again. It wasn’t just the catchy melody that made me want to sing along that caught my attention, it was the lyrics.

I want a revolution

You want a short solution

We never could see eye to eye

I came to the same conclusion

It’s a story as old as time

There are so many ways I can take those simple lyrics, whether you want to take it politically, personally, or internally; it works.

I’ll spare you the political banter because I’m counting down the days until this election is over and want to keep this space free of that for as long as humanly possible, but rather, I find myself drawn to it from a personal-relationship-oriented standpoint. 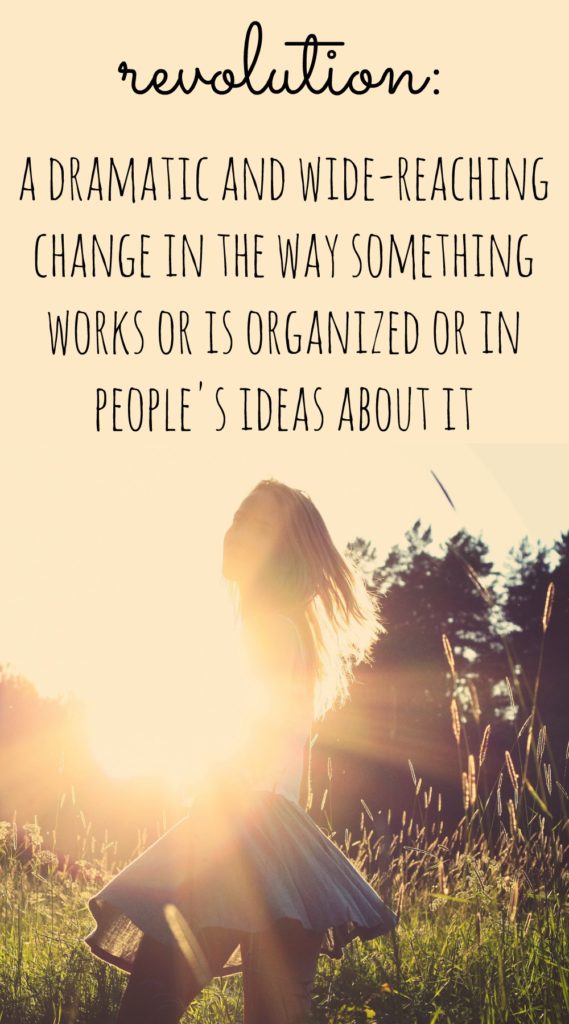 When our hearts break, it can be hard to move past that pain, hurt and physical heartache. We find ourselves focusing on all of the good moments and forgetting about all of the things that made that relationship not great for us, as well as our partner. This cycle repeats until we find that person who joins us on this revolution, instead of choosing the “short solution,” so to speak.

I need to start a revolution; I need to change the way I think and feel and respond to love, or the mere thought of it, if I ever hope to find it. I get that sounds harsh, but it’s a reality it’s time to face.