Sometimes they don’t make much sense.

Sometimes they don’t make any sense.

But when something is sitting so strongly telling you to do (or not do) something, it’s hard to ignore it. 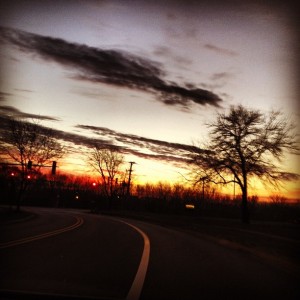 When you listen, it’s suddenly like you can breathe again.

It’s like suddenly things start to feel right, even if they don’t make any sense.

This is what happened. 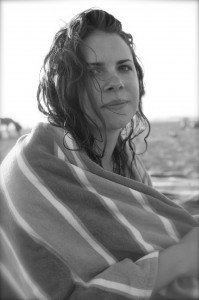 I applied for a Personal Training job at one of our larger, local gyms.  I was emailed a day or two later for an interview the next day.  Immediately after my interview, I was asked to come back the next day for a practical interview, which did not go very well.  Despite my performance the day before, I was still offered a job and asked to come in a few hours later to sign initial paperwork and begin the background check.  So I did.

It all happened so fast.  So fast that I could hardly recognize what my gut was telling me or at least so fast that I was able to ignore my gut.  Though it still kept coming back to the surface.  But the question was what and why?

I have no idea. 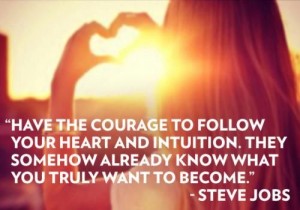 But in my 25 years, I have learned just how strong of a gut instinct I have and that it’s something I can’t ignore.  It’s what told me I was losing The Lumineers a week before I actually did.  It’s what told me something was wrong last year when my Dr kept hoping to push off the eventual surgery.  It’s what has proved to me over and over again that I need to listen and follow. 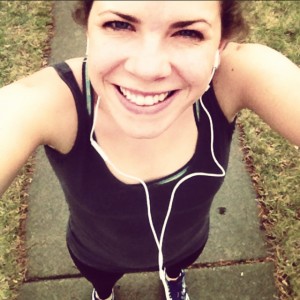 And Monday morning, I called up the gym and turned down the position.  I had a sudden rush of relief; that for whatever reason, this was the right decision.

This wasn’t just nerves.  Everyone I talked to about it prior thought it was nerves, but it wasn’t nerves and I knew that.  Nerves came when I had to call; nerves came with the unknown of what’s ahead of me now.  But for whatever reason, my gut instincts said to turn it down; so I did.  And now I feel relief.  Don’t ask me to explain it; it’s real. 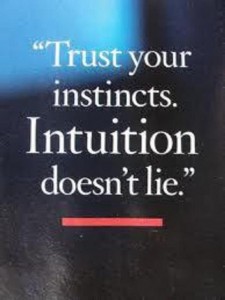 When have you listened to your gut instinct as crazy as it may have been?

Do you consider your gut instinct strong?