And I mean that all in the most dramatic way possible.  Because for me, it really was a big deal. 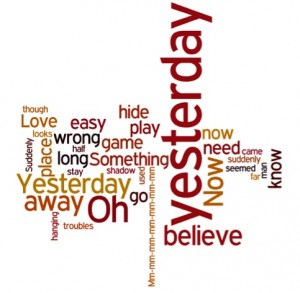 I started working for Apple 3 years ago, I was super part-time trying to make my way in a new city of LA and establish myself in the crazy music industry.  I took chances and eventually moved into full-time so that I could leave my industry job and focus on the band I was managing.  That didn’t go quite as planned but that’s okay because it allowed me to really focus on what I was doing, what I wanted to do and where I really wanted to be.  It led me down the journey that would take me to where I am right now.  But that didn’t make yesterday any easier. 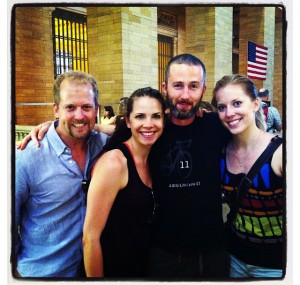 The water works were held back on the entire drive to work and I could feel myself sighing over and over to release the tension and anxiety.  I made it through the morning despite everyone’s attempts to make me cry (which was more out of fun than anything else).  But then I had to make my first goodbye – to one of the nicest people in the world and who would give some of the best hugs, whether it be a good day or a bad day.  And then I cried. 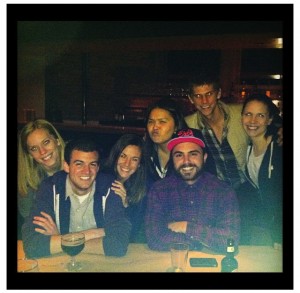 Problem is, I’m one of those criers who once I start, I can’t stop.  And I couldn’t.  I sat in the office “hugging” a box of tissues for the next few hours – losing a little more composure every time someone said goodbye.

I was called to the floor mid-day.  I was already in tears and walked out to find a delivery guy holding a beautiful arrangement of flowers from my management team.  I was a mess, but the flowers are gorgeous. 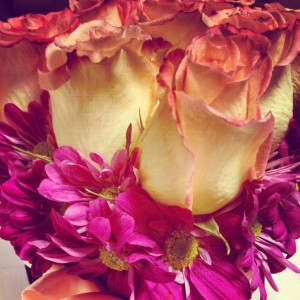 And then it was my time to leave.  I gathered all my stuff, said a few goodbyes and waited until I was allowed to leave the back of the store to be greeted by a wall of friendly, smiling faces and a roar of clapping.  We have this “clap-out” tradition and this was definitely up there as an amazing turnout and response.

Before I even walked to the floor, my friend peeked his head out and said “just in case you don’t think you’ve done anything great other than what you did for The Lumineers, this is about to prove you wrong.”

I was shaking and crying and couldn’t do anything but hope my manager holding my arm didn’t let go just in-case my body couldn’t hold itself up on its own.  It was really an amazing moment that touched my heart in more of a way than I can explain. 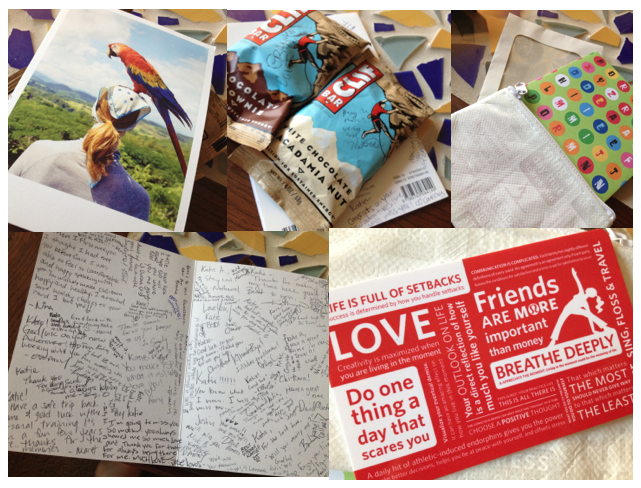 And then I was presented with cards and gifts and a line of people waiting for hugs.  It took a good 5-10 minutes to get out of the store. It was an incredible moment that continued into the evening when a few of my coworkers joined me for drinks to celebrate.

I’m touched and honored.  I feel special, cared about and amazing.  I’m nervous and anxious.  But I’m hopeful and determined to succeed.

Yesterday was the end of an era, but it was also a whole new beginning.