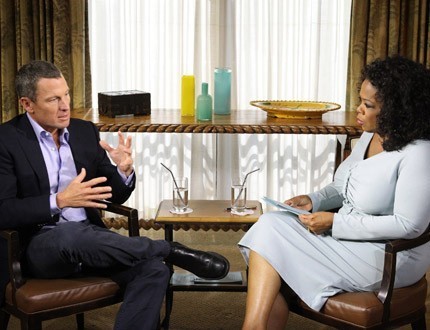 I’m sure many of you are sick of hearing about this story.  If so, I give you permission to skip today’s post.  Or maybe you want to keep reading.  Maybe you want to open your eyes to a new perspective or maybe because you’ve found this story as fascinating as I have.  Seriously, I’m so intrigued that if I see a repeat of the interview on OWN, I have to tune in away.  I have to watch it again.  I feel like I learn something new or catch something I missed last time.  I’m interested and listening.

And as I sat down to write this yesterday morning, I ran across this article by Aimee Hoefler regarding her view of Lance Armstrong as only human.  Ding ding ding ding ding! 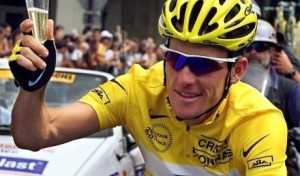 Does that mean what he did was right? No, way!

Does it mean he should get away with the way he treated people for so many years? Absolutely not!

Does it mean he shouldn’t be punished? No.

But does it mean we should try to view it from his side of things? Maybe.

You see, after watching both parts of the interview with Oprah, I really don’t think Lance would have come out and revealed the truth himself.  I got the impression he was like the kid with his hand in the cookie jar who had to tell the truth because he got caught.  That upsets me and that bothers me, but I do still believe on some level he feels bad, maybe not for doping or lying but for the way he treated some people in the process of his lie.  The steam-roll, so to speak. 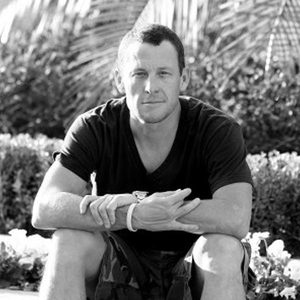 He may have tip-toed around a few questions that left you questioning the integrity; he may have answered a few questions that made you question other answers; and he may have seemed to “forget” some events that I don’t think one would forget.  But when they got to talking about his kids, I thought he seemed different.  There was debate over the sincerity of his tears and call me naive if you’d like, but I think they were real.  When it comes to a father and his kids, I think it’s a whole other story.

When he made his comeback, his ex-wife asked him not to dope.  He didn’t.

When he found out his kids were defending him, he stepped in.  He told them the truth. 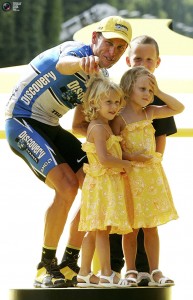 He’s human.  He’s made mistakes.  Maybe big mistakes but from the sounds of it, those mistakes were common among many of the cycling athletes in those years.  For the record, I’m not saying that makes it okay!

There’s talk about the LiveStrong foundation he started many years ago.  Will it survive? 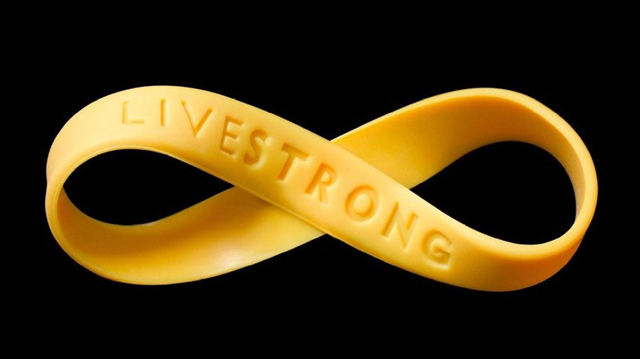 He’s no longer a part of it.  Lance Armstrong is not LiveStrong.  That company has spent years helping those with cancer.  Spreading the word about becoming a better and healthier you.  Giving support to those who need it.

I hope the world can leave Lance Armstrong out of LiveStrong and allow the foundation to carry on.

I hope we can all remember that we’re all human, we’re not perfect and neither is Lance.

But most importantly, I hope Lance Armstrong really takes this moment to work on himself to become a better person.

Because at the end of the day, isn’t that what we’re all striving for?

Did you watch any part of the Oprah vs Lance interivew?

What are your thoughts on the matter?

9 thoughts on “Lance vs. Oprah”